Historical and classic-themed Korean films will highlight this year’s Korean Film Festival as the Korean Cultural Center in the Philippines (KCC) opens the annual film festival starting this August 2018. 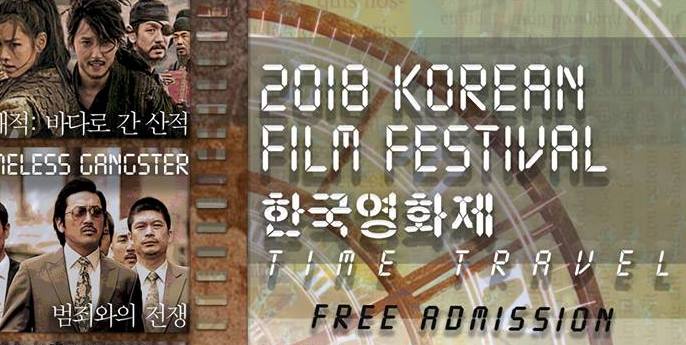 LEE was even more successful with the major period swashbuckler ‘The Pirates’. Starring SON Ye-jin and KIM Nam-gil, the 2014 movie soared over 8.6 million viewers. In 2015, LEE directed another blockbuster film ‘The Himalayas,’ which gathered around 7.8 million in admissions.

Other films included in the festival are ‘Assassination,’ ‘Warriors of the Dawn,’ ‘Dongju: The Portrait of a Poet,’ and ‘Nameless Gangster: Rules of Time.’

All films are with English subtitles. Admission is free on a first-come, first served basis. For more information email info@koreanculture.ph or contact the Korean Cultural Center at (02) 555-1711.

The Pirates 해적: 바다로 간 산적
On the eve of the founding of the Joseon Dynasty, a giant whale swallows the Emperor’s Royal Seal being brought to Joseon by envoys from China. The man entrusted with the seal – eager to save his head – blames a band of pirates for stealing it. With a big reward on whoever brings back the royal seal, mountain bandits led by Jang Sa-Jung go out to sea to hunt down the whale. However, he soon clashes with Yeo-wol, a female captain of pirates, and unexpected adventure unfolds.

Nameless Gangster : Rules of the Time범죄와의 전쟁
“Nameless Gangster” depicts the clashes in the Busan underworld when the government declares its war against crime. A sacked corrupt customs officer, Choi Ik-Hyun and gangster Choi Hyung-Bae, formed a business partnership with the money from drug trafficking. As the government intensifies its war on crime, their partnership begins to crash.

DONGJU: The Portrait of A Poet 동주
The movie follows the life of poet Yun Dong-Ju and his imprisonment by the Japanese government for being involved in the Korean independence movement.

Assassination 암살
Yeom Seok-Jin, an agent from the interim government, is tasked with bringing together three Korean resistance fighters currently imprisoned to carry out an assassination. The assassination plot is intended to take out the Japanese army commander Kawaguchi and pro-Japanese Korean businessman Kang In-guk.

However, as the three assassins intricately plan dangerous mission, they are double-crossed and a pair of contract killers are sent after them.

Warriors of the Dawn 대립군
To avoid the invading Japanese forces, King Seonjo escapes to the Ming Empire and abandons his people in the process. In his place, Prince Gwanghae leads the royal court and confronts the enemies with the help of hired soldiers led by To-Woo. The movie tells the story of Prince Gwanghae and his rise to power during the seven-year war from the perspective of his guard.