Alienette Coldfire, the blind Ilongga singer who made waves for joining the French reality talent show, has advanced to the finals of France Got Talent. 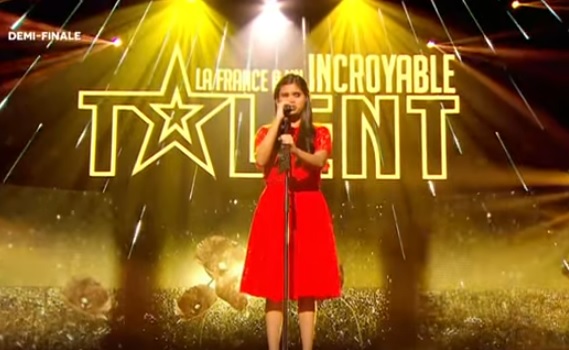 Alienette, Katchry Jewel Golbin in real life, wowed the judges and audience in the semi-finals of the competition with her rendition of Michel Legrand’s “Le Moulins de mon Coeur” (The Windmills of your Mind).

Hélène, one of the four judges were once again teary-eyed with the performance, saying that it’s incredible that when Alienette sings, her voice drives her to tears. She also promised Alienette the chance to sing with Legrand.

The 25-year-old Tapaz, Capiz native was ecstatic to be a part of the finals. She posted the following online, after getting the nod on Tuesday:

“And now, I’m in the final! I never thought I’d be selected amongst all these talented people. I need your support for the last step.

I would like to thank the team of “France has an amazing talent” for allowing me to live the greatest adventure of my life! I live a dream awake! Please let that dream it is to continue! Thank you to all and to all! I told you: I see you soon.”

Alienette trended in social media last November for her performance in the elimination round of “France a un Incroyable Talent”. Netizens were also amazed with her mastery of French language, which she only learned online.