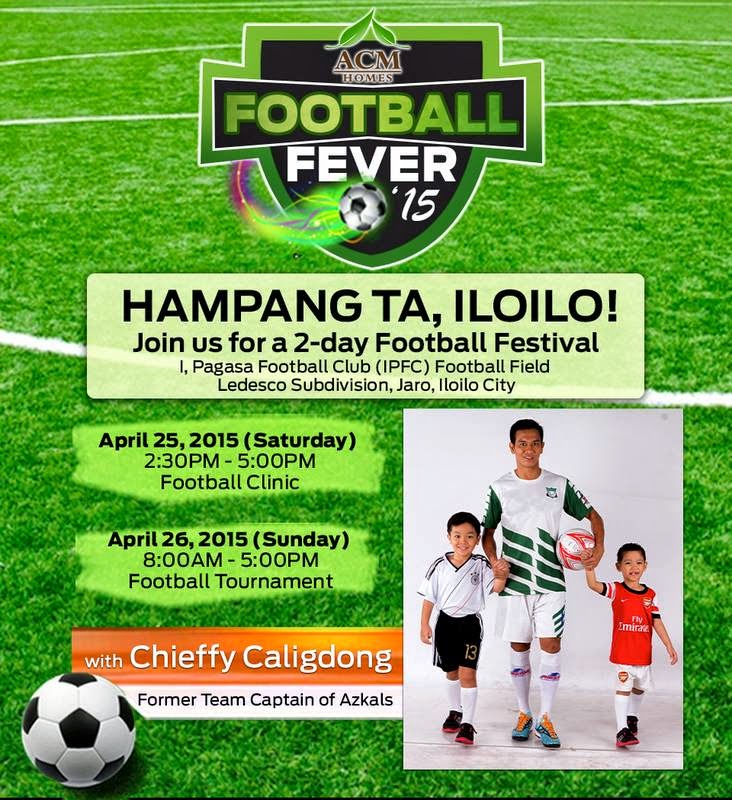 The former team captain of Philippine Azkals will train Ilonggo children ages 6 to 12 years old the basic skills such as rotations, passing and scoring an easy goal.

“The main purpose of this tournament is to build grass root players, local talents and potential players given that Iloilo is the home of football champions” Caligdong said via The Daily Guardian.

Supported and managed by ACM Homes Iloilo, the two-day football activity will be divided into a free clinic on the first day and a football festival the following day.

Football clinic will start at 2:30 p.m. on April 25 where players will be trained by Caligdong and other quality coaches to focus on developing the potentials of the participants.

Six to eight teams are expected to join in the event as they are promoting ACM Homes through football matches.

ACM Homes is set to expand its real estate development here in Iloilo through a Salas Real Subdivision project in Tacas, Jaro. An initial 5-hectare of house and lot units will be offered to Ilonggos who want a beautiful home at reasonable prices.