Iloilo city government is preparing the necessary documents to extend its incentive award to three more centenarians this year. 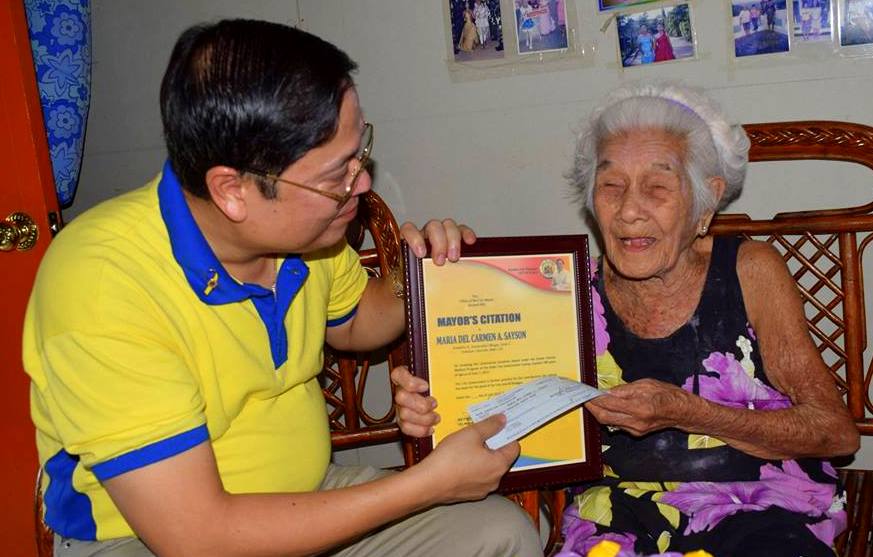 The Centenarian Incentive Award has already been presented to a total of 17 senior citizens 100 years old or more since 2014.

The first who benefited from the project is Quirico Baldomar of Democracia, Jaro who turned 101 years old in 2014.

“Taking care of our older generation is a way of paying back their hard work and sacrifices when they were still able and productive members of our society,” Mayor Jed Patrick E. Mabilog said.

Cakes, a check worth P10,000 and a Mayor’s Citation are awarded to the beneficiaries.

“We are hoping that the little amount we give to the centenarians can help provide for their medicines and other needs,” he added.

Only residents of Iloilo City are qualified to receive the incentives.

The project is under the Senior Citizens Welfare Program and part of the City Government’s “womb-to-tomb” initiative to recognize the elderly persons’ contributions to the Ilonggo community.

Birth certificate or any legal document should be shown as proof of the centenarian’s age in order to be considered for the award. [via PNA]