Starting Thursday, February 18, all passenger pump boats plying the Iloilo – Guimaras route will no longer be allowed to transport motorcycles. 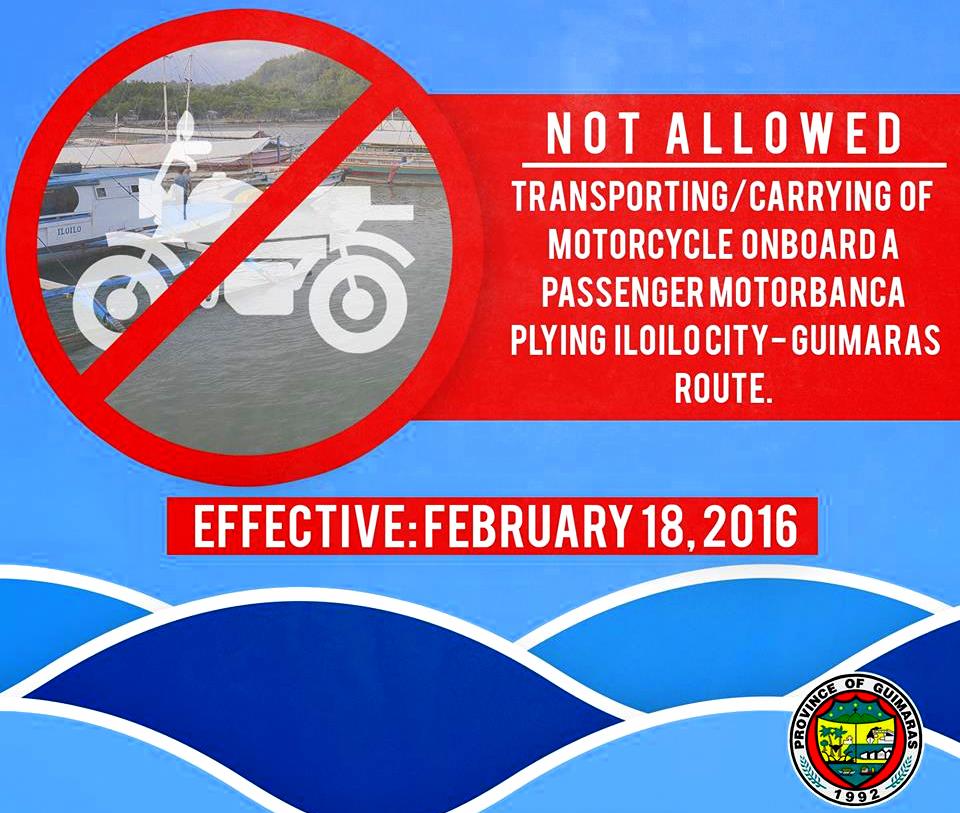 Philippine Coast Guard (PCG-Iloilo) commander Lt. Jomark Angue said in an interview over RMN Iloilo that they are implementing the existing rules and regulations of the Maritime Industry Authority (MARINA) for safety of the passengers.

“It will hamper the coming in and out of passengers on the motorbanca, especially during emergency situation. Another thing, the presence of motorcycles in front of the boat causes uneven distribution of weight, which affect the stability of the motorbanca,” Angue explained.

He suggested to pump boat owners to apply for amendment of their Certificate of Public Conveyance (CPC) so that they will be allowed to carry motorcycles.

Motorcycle owners have the option to either board charter or cargo pump boats, or on roll on-roll off (ro-ro) ships. Right now, there are two ro-ro ships which make several trips from the Iloilo City to Jordan.

Guimaras Provincial Government have already received the notice of ban, and immediately ordered all motorbanca associations/cooperatives to strictly adhere with the existing implementing rules and regulations of MARINA. [Photo by Province of Guimaras]