A student of Central Philippine University in Jaro, Iloilo City bagged a title in the recent World Taekwondo tilt in South Korea. 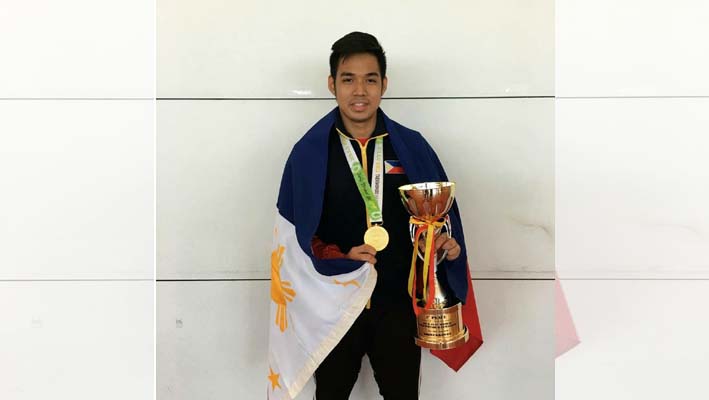 Diasnes is a consistent gold medalist in the PRISAA events from Iloilo up to the National PRISAA. Because of this, he was recruited to be part of the Philippine team.

“I am proud of carrying the flag of the Philippines as a member of the Philippine National Team. At the same time, I carry with me the name of CPU and the CPU Golden Lions in the International Arena,” Diasnes said.

Acting CPU Sports Director, Mr. Edwin Laru-an is proud that a member of the CPU Golden Lions Taekwondo Team has garnered a gold medal in the world stage.

“Alfie’s achievement only shows that CPU varsity players are world class at their level of skills,” Laruan said.

“I would like to congratulate Alfie for bringing CPU in the international arena. The Sports Office is also proud that Alfie’s father, Mr. Alan Diasnes, is the coach of the CPU Taekwondo Team,” he added.

“I hope that more CPU Golden Lions athletes will have the opportunity to join in national and international level competitions.” (By Francis Neil G. Jalando-on, cpu.edu.ph)