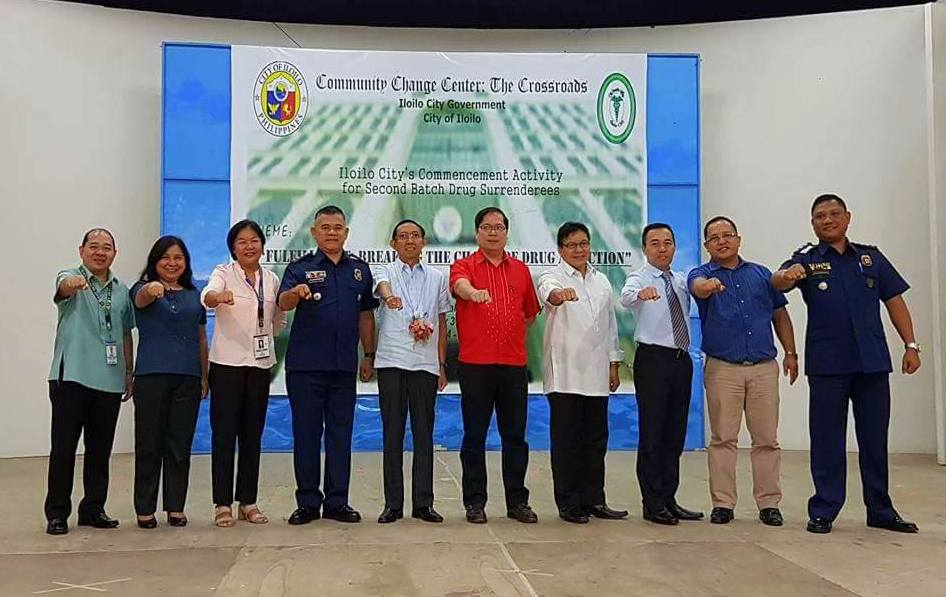 Caspe said they were supposed to present in Manila this city’s ‘CrossRoads’ outpatient rehabilitation program, which so far has produced 408 graduates.

The rehabilitation of additional 273 drug surrenderers is ongoing in the city’s seven rehab centers. The supposed presentation, however, was “postponed indefinitely,” he added.

The city government is waiting for information when it can present the program to the DOH.

“In the whole Philippines, it is only Iloilo City that has this kind of out-patient (rehabilitation program), which is four to six months,” he stated in an interview Wednesday afternoon.

The rehab program was launched in August 2016. It was the brainchild of Mayor Jed Patrick Mabilog with an Ilonggo psychiatrist as consultant in support of the anti-drug war campaign of the Duterte administration.

One rehab center was established in each of the city’s seven districts and being manned by trained health and support personnel.

The monitoring of graduates continues after they completed the program. They are required to still undergo after-care program where they go back to the center at least once a week.

Others are subjected to random drug tests, while some opted to avail of skills training available at the Technical Institute of Iloilo City (TIIC) or look for work with the assistance of the city’s Public Employment Services Office (PESO).

After finishing the one-year after care program, they will receive a certificate, which they can use when looking for a job abroad, he added.

Caspe said they are ready to accommodate more surrenderers with the relaunch of the “Oplan Reboot”, which calls for the Philippine National Police to revisit all suspected drug dependents.

The city government through the CHO has trained 42 dangerous drugs evaluators (DDE) to augment the 55 others previously trained by the DOH. They were responsible in determining the level of addiction of drug dependents.

The “CrossRoads” caters only up to moderate addiction while severe addiction cases are being referred to the rehab center in Pototan for in-patient treatment.

Meantime, city administrator Lawyer Hernando Galvez said they are waiting for a document coming from the Philippine National Police (PNP) for the city government to release the PhP500,000 it has earmarked for the capture of Western Visayas top drug leader Richard Prevendido.