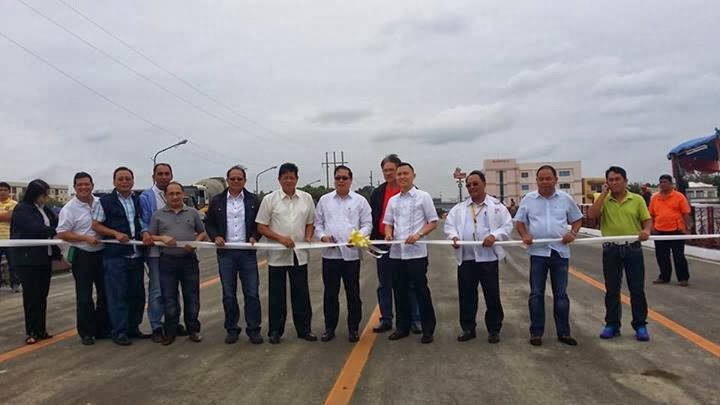 Department of Public Works and Highways (DPWH) has opened the expanded Iloilo Diversion Bridge to traffic on Monday afternoon, January 20, 2014 as part of its multi-million peso road widening project.

DPWH Reg. Dir. Edilberto Tayao said the bridge is being expanded into a four-lane passage and the amount of P88 million for the left lane is completed and inaugurated. The right lane including the underpass project will be completed with this year costing some P20 million.

On the other hand, the widening of service lanes of the diversion road from junction Jalandoni to El 98 in Jaro district will be completed by Friday, January 24, 2014 in time for the Dinagyang Festival.

Tayao said the service lanes are part of the P300 million road widening project along the Benigno Aquino Avenue or popularly known as the diversion road. The road span will be widened up to the Iloilo international airport in Cabatuan town.

The DPWH earlier declared that ho no posts for PECO wires and telecommunication company cable wires will remain standing at the center aisle of the diversion road. PECO assured that there is no problem on power supply even during the Dinagayang Festival.

Pastolero said the telcos will have to provide their own posts as PECO will not anymore allow the use of their own electric posts by other users.

Pastolero said that so far, underground facilities and cables are not yet in place along the diversion road except at the Megaworld business park which is set to adopt the underground wires and cables. By LydiaC. Pendon