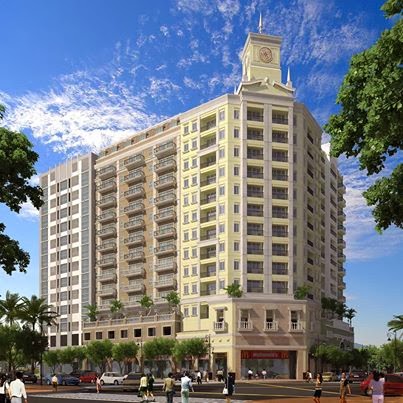 Lafayette Park Square will rise just adjacent to the developer’s first condo project, One Madison Place, and would offer 289 residential units of studio to three bedroom layouts. The biggest units will have more than 100 square meters of floor area.

Target completion and turnover of the units is will be on 2018.

The company said it was bringing its European inspirations for the first time in Iloilo, the same concept of its several projects in Eastwood City, McKinley Hill and Newport City. Featuring French and Spanish architectural designs. “It will be reminiscent of the majestic chateaus that dot the border shared by France and Spain, evoking a lifestyle of charm and elegance,” the company said.

One Madison Place was sold out in just 8 months, prompting the developer to add another residential project in the business park.

“We are very excited to introduce a new concept for Iloilo. Because of the overwhelming reception of the Ilonggo market to Megaworld’s first residential condominium cluster, we want to offer something new, elegant and sophisticated. We believe the European feel will be a perfect fit for the upscale Iloilo market,” said Jennifer Palmares-Fong, head of marketing for residential business, Iloilo Business Park.

The tower’s ground level will feature an arcade of commercial and retail shops. It will also have a third floor amenity deck with its exclusive swimming pool and kiddie pool and pool lounge, a Jacuzzi, a state-of-the-art fitness gym, a spacious social hall, a daycare center and children’s play area, a reading nook and garden and a covered sitting area.

Iloilo Business Park is a 72 hectares mixed-use development project by Megaworld located at the old airport in Mandurriao.

Richmonde Hotel Iloilo, the first hotel to be completed in the township, is scheduled to be operational by early next year. Another business hotel, Courtyard by Marriott, and the much-anticipated Iloilo Convention Center, are now under construction. The proposed Megaworld Central Mall is scheduled for completion next year.