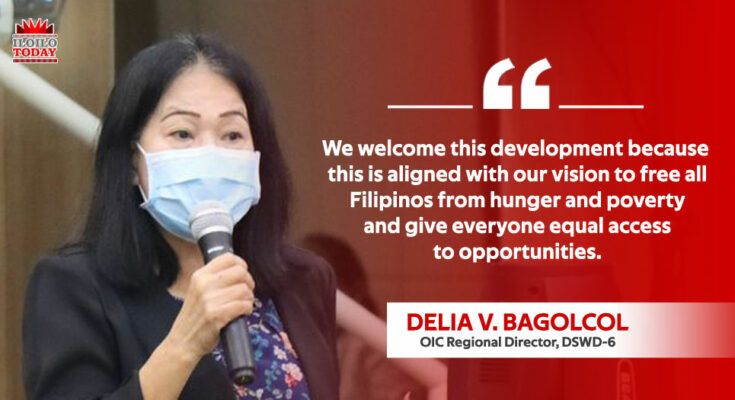 There are around 134,930 new poor households eyed as potential beneficiaries of the Pantawid Pamilyang Pilipino Program (4Ps) in Western Visayas for this year, revealed by the Department of Social Welfare and Development (DSWD) Field Office VI.

This, after the National Household Targeting System for Poverty Reduction (NHTS-PR), more popularly known as the Listahanan survey launched its new list of identified-poor households under Listahanan 3 only last week, which placed 5.59 million poorest of the poor families in the country.

“We welcome this development because this is aligned with our vision to free all Filipinos from hunger and poverty and give everyone equal access to opportunities,” said OIC Regional Director Delia V. Bagolcol.

“The cleansing of the 4Ps list was done in response to the directive of the President to ensure that only qualified households must be receiving assistance from the government, particularly in the implementation of the 4Ps,” added Bagolcol.

Meanwhile, newly-installed DSWD Secretary Erwin Tulfo then instructed the conduct of an intensified cleansing of the 4Ps list. The majority of the number who will be graduating are already tagged as “non-poor” based on the Listahanan database. The graduating households will be endorsed to their respective Local Government Units (LGUs) for the provision of complementary services subject to their eligibility requirements.

“The goal is to ensure that nobody falls back into poverty again. We have already lifted them and they have improved their well-being. We do not want any household from falling back to the poverty situation that trapped them over the years,” said Bagolcol. (via DSWD6)