The biggest trail race in the country – Salomon Xtrail – is coming to Iloilo on its 3rd leg of this year’s Xtrail series on September 16, 2018. Reputed as the #1 gear in trail running, Salomon annually holds the Salomon Xtrail Pilipinas since 2010. The race is one of Salomon’s trail running race series in the Asia Pacific Region, namely in Malaysia, Singapore, Taiwan, and the Philippines. 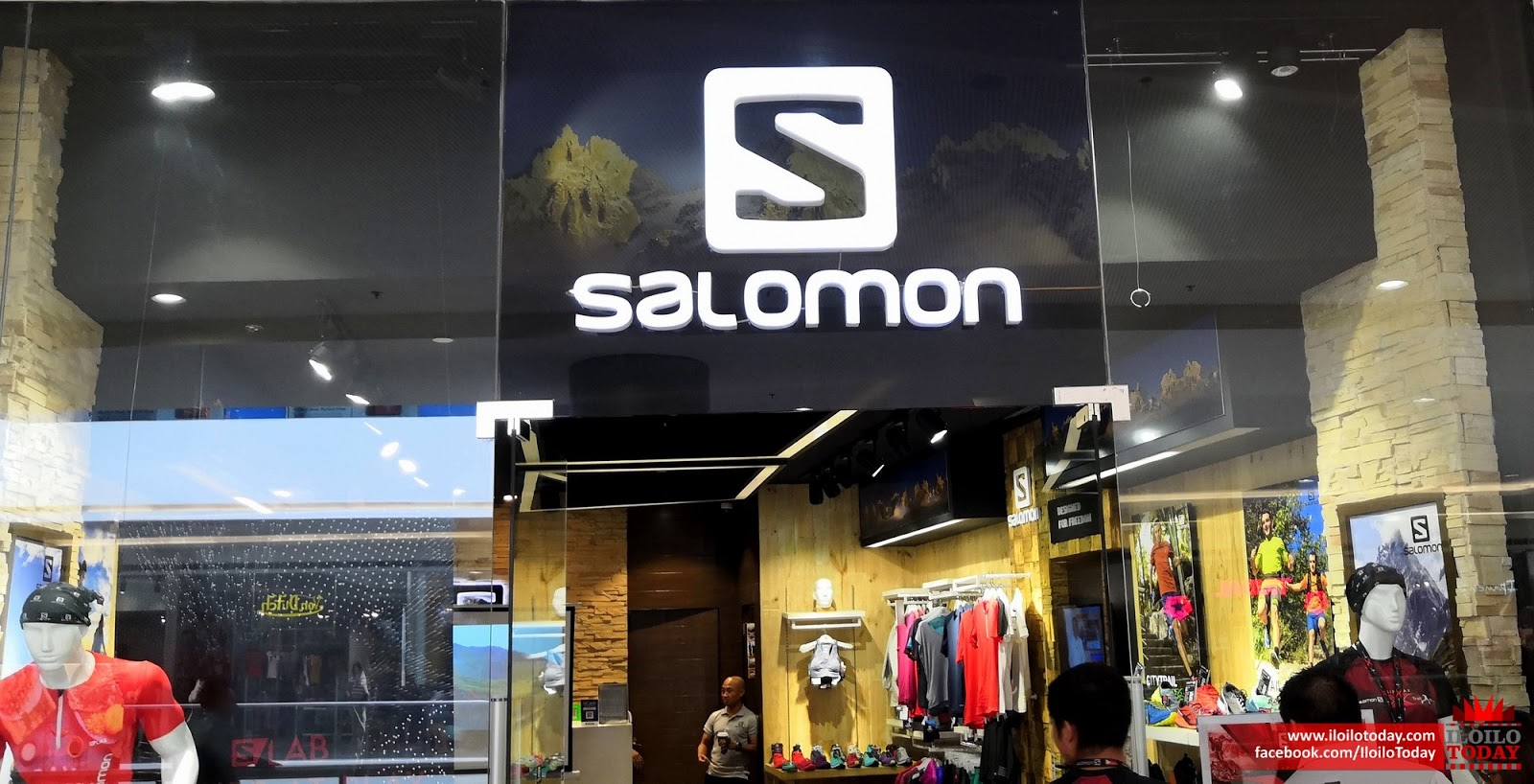 Known for being a technical trail running race, the “X-Trail” branding includes a mix of different terrain & surfaces – dirt, rocks, sand and concrete paths. Aiming to resonate with the brand’s core purpose of inspiring people to play and progress in their chosen outdoor pursuits, this year’s Salomon X-Trail Run is sure to pack a lot of enjoyable yet exhilarating obstacles ahead. Eyeing at least 300 participants, the 2nd Salomon X-Trail Run in Iloilo will consist of 2 race categories, namely, “Trail Run” category with 8km & 14km and the more technical “Mountain Run” with 24km & 32km distances.

Transcending the boundaries of human capability is a philosophy which ultimately drives the core of Salomon. As such, participants of this year’s Salomon X-Trail Run can expect no less from the trail running authority as it once again simulates the challenging ascents of Skyrunning races.

Particularly, the Mountain Run which is positioned as the most challenging category of the race will feature a heady combination of terrains such as asphalt and rocky trails to rivers, sandy tracks, and steep technical ascents – all of which are designed to test the stamina of the most tenacious runner.

The Mountain Run participants will receive a race bib, timing chip, Salomon X-Trail technical jersey, Salomon Microfiber towel, post-race meal, raffle coupon & products from sponsors. Only those who finish within the cut-off time will receive a Finisher’s medal for this category. Registration fee for 32km is Php 1,800 and Php 1,500 for 24km.

An advocate of inclusivity, Salomon X-Trail Run also opens its doors to avid runners with basic to no trail running experience with its 8km and 14km Trail Run category. Though slightly less demanding, the Trail Run category equally aims to inspire runners to test the limits of their ability by coming up with a technical terrain that will surely prove taxing for its participants. Trail Run participants will receive a race bib, timing chip, Salomon X-Trail technical jersey, post-race meal, raffle coupon & products from sponsors. . Registration fee for 14km is Php 1,200 and Php 900 for 8km.

Given the demanding nature of these distances, participants must adhere to the prescribed mandatory gear which includes, a whistle, a hydration pack/belt, with at least 1,000mL of water. Those with incomplete mandatory gear will not be allowed to participate in the race.

Emergency numbers will also be announced on the race day, for those who will bring their cellphones. This is, however not mandatory.

Throughout the event, there will be specific areas and control points located in varying locations within the course to ensure that the participants finish the race within the official time. Moreover, the Salomon X-Trail Run will be a Green Race. A pioneer advocacy championed by the Salomon X-Trail Run since its first series back in 2010, Salomon’s Green Race Movement will not permit the use of disposables during the event. Participants are then required to bring their own water bottles.

Gear Up and Conquer your limits with Salomon

With the Salomon X-Trail Run Pilipinas 2018 in tow, Salomon introduces its latest iterations for its core trail running range – the SLAB and SENSE collections. Made to enhance and live up to the harshest trail running conditions, participants of the upcoming race are sure to perform at their finest by gearing up in Salomon’s latest trail running innovations.

Ideal for competitive trail runners who are out to test their limits in the Mountain Run categories, Salomon unveils this season’s upgraded SLAB collection with four stand-out footwear that are meant to live up to the fiercest trails.

Headlining Salomon’s high-performance trail running range are the S/LAB SENSE 7 and the S/LAB SENSE 7 SG. Both footwear boasts of Salomon’s Endofit technology for a superior fit and breathability and a ContaGrip with Premium Wet Traction rubber to ensure maximum traction over any terrain. What sets these two models apart is that the S/LAB SENSE 7 is made with a hard ground outsole while the S/LAB SENSE 7 SG features an aggressive outsole to get a grip of the soft ground and a soft mesh upper to keep out debris.

Proving to be a brand that’s built with athletes for athletes, the S/LAB ULTRA 2 was developed with French elite athlete Francois D’haene. The result is a remarkable running shoe that embodies the D’haene’s long-distance stamina, precision, and agility. Its key features include the Energysave foam insert that adds long-lasting cushioning and protection from the coarsest terrain; Energycell+ foam to ensure a smooth consistent ride; SENSIFIT construction with a durable protective Skin Guard lining; and a Contagrip outsole and reverse lugs on the heal area for added confidence when traversing downhill.

Even the most cunning runners cannot escape the perils of bad weather. The next best thing is to sport a pair of footwear that’s especially designed to hold out against muddy, wet, and slippery trails. Take a shot with the S/LAB SPEED 2 with its narrow fit for precision and agility even in the worst conditions; ContaGrip sole to ensure traction and resist clogging; and lastly, a protective mudguard positioned around the foot area along with a cushioned midsole to let you pile on the miles against harder surfaces.

Derived directly from the S/LAB Collection, the SENSE Collection offers a wide range of trail running shoes that are equally formidable and durable. This line includes the SENSE RIDE with its generous cushioning which enables one to push the mileage for extended periods of time in comfort; the SENSE PRO 2 for those who opt for a lightweight feel without sacrificing comfort; the SENSE ESCAPE which offers incredible protection and grip on and off the road; the SENSE PRO MAX which boasts of an anti-vibration technology for less shock and more fun. The models in the SENSE Collection are available for both men and women.

Salomon’s latest collection also engages runners with its selection of superior running vests. Lightweight and constructed for precision, the all-new AGILE 2 SET is a power mesh-equipped running vest that serves the perfect function of carrying one’s essentials without compromising air-flow, comfort, and motion. Meanwhile, under the S/LAB collection is the S/LAB SENSE ULTRA 5 SET, an ultimate gear stowing solution made with anti-odor stretchy mesh fabric and a Sensifit construction that promises to wrap around the body without hindrance. Plus, the vest is as lightweight as can be at a mere 100g.

Founded in 1947 in Annecy France, Salomon began as a mountain sports brand driven by the sheer passion for exhilarating outdoor pursuits. Since then, the brand has emerged as a global leader in trail running footwear and accessories that help athletes go beyond the limits of their capabilities. As Salomon X-Trail Run Pilipinas returns for its 7thinstallment, runners across the country can expect another challenging outdoor experience that bears the inspiring legacy of a brand built upon athletic excellence.

Salomon is exclusively distributed in the Philippines by the Primer Group of Companies.