Overseas Workers Welfare Administration (OWWA) handed out its Model OFW Family of the Year Awards (MOFWA) on December 4, with one of two winners coming from the province of Guimaras. 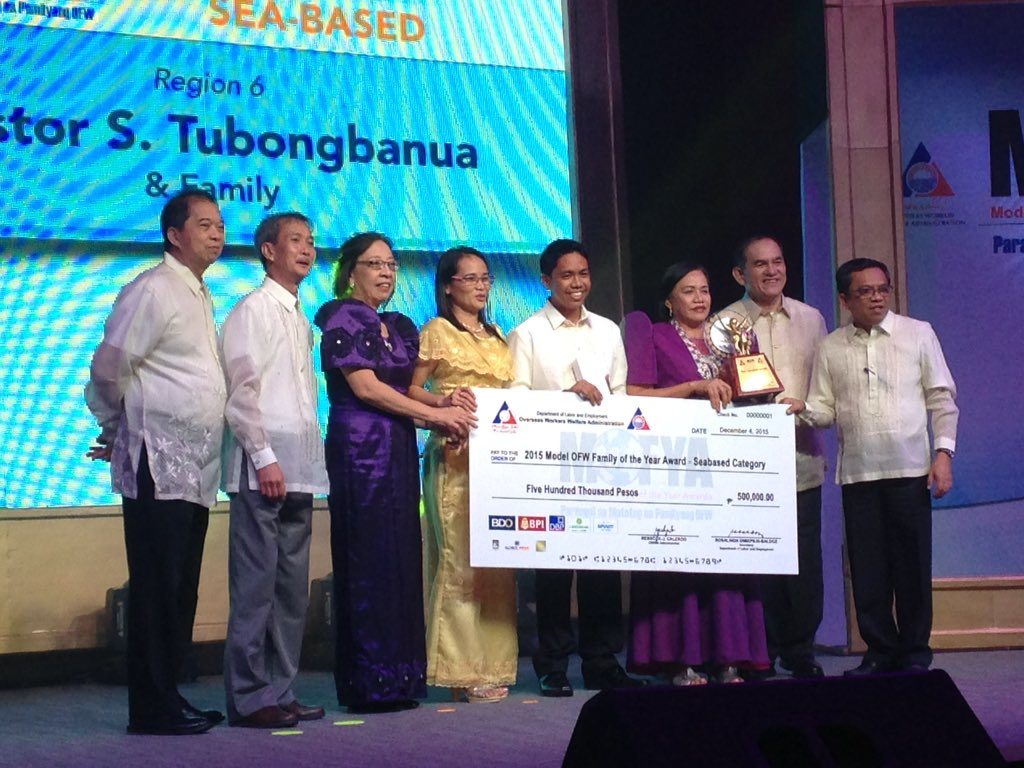 Seafarer Nestor Tubongbanua and his family from Buenavista, Guimaras bagged the annual award in the awarding ceremony held at the Philippine International Convention Center complex in Pasay, Metro Manila. The winners were picked from 34 regional finalists nationwide.

OWWA selected MOFYA winners based wholesomeness of OFW family,success in education or profession of OFW and/or family members, success in managing family finances, and civic and community involvement of the OFW and his/her family.

The Tubongbanuas received received P500,000 in cash, a food chopper, blender, an iPhone, and a trophy.

Sharing the award with Robert Ranchez and his family from San Fernando City, La Union, Tubongbanua said they plan to donate a part of their prize to the church and the communities they are assisting.

Tubongbanua has been a seafarer for 35 years and is presently working for AET Shipmanagement (Singapore) PTE Ltd.

He and his wife Rebecca own McNester Food Products, a multi-awarded enterprise based in the island province of Guimaras that has been producing processed foods such as dried mangoes, mango ketchup. [Photo credits: Mara Cepeda of Rappler.com]