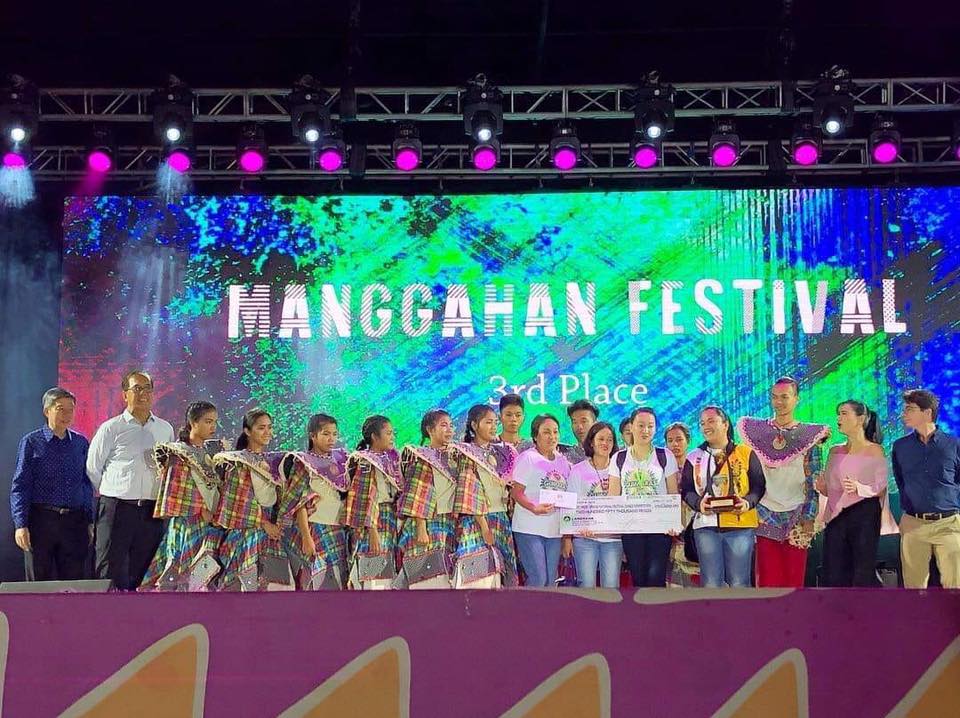 Hubon Guimarasnon, the contingent of Guimaras Manggahan Festival to the Aliwan Fiesta 2019, finished third in the streetdance competition of the country’s grandest festival.

Organized by the Manila Broadcasting Company (MBC), Star City, and the Cultural Center of the Philippines (CCP), in cooperation with the cities of Manila and Pasay, the festival streetdance competition was held Saturday, April 27 at the Quirino Grandstand in Manila.

Hubon Guimarasnon brought home a cash prize of P250,000 and trophy for their win.

Pasaka Festival of Tanauan, Leyte was adjudged as grand champion in the competition, followed by Buraburon Festival of Burauen, Leyte.

Meguyaya Festival of Upi, Maguindanao placed fourth and Niyogyugan Festival of Quezon Province completed the top 5 in the competition.

Participated by 14 festivals across the country, Aliwan Fiesta is an annual event that gathers champion streetdance contingents from the different regions to celebrate the country’s biggest and most popular festivals in a single venue.

Iloilo’s Dinagyang Festival which won Aliwan title multiple times in the past, opted not to join this year’s competition. Instead, Iloilo Dinagyang Foundation Inc. (IDFI) decided to bring the festival to different cities and provinces in the country instead. (With reports from Radyo Pilipinas)