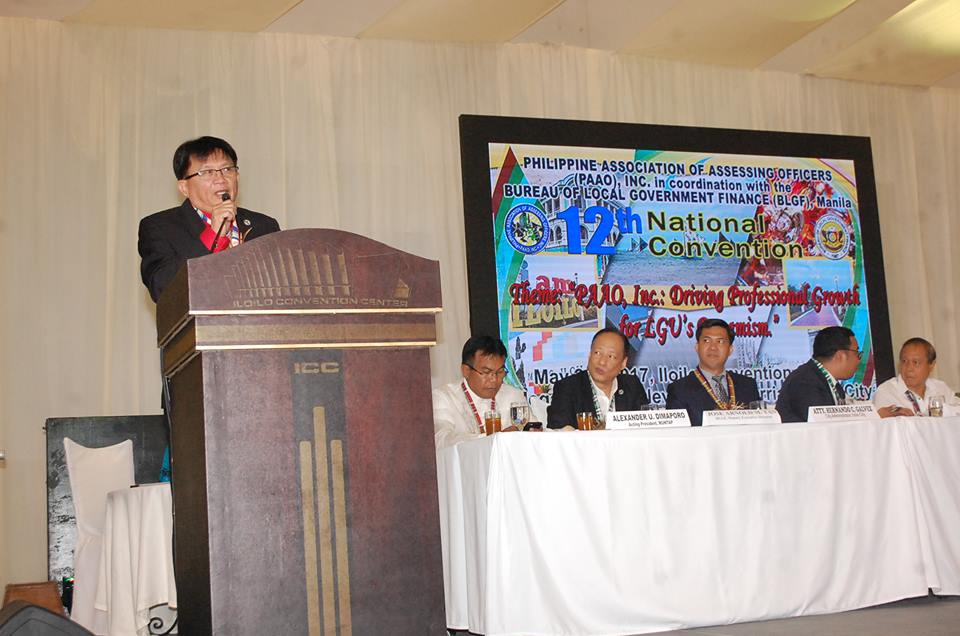 The big event gathered some 1, 200 municipal, provincial and city assessors, and private appraisers, in the country.

City Assessor Nelson Parreño, who is also PAAO national chairman, noted the delegates lauded the developments happening in the metropolis.

“When I first became national president in 2008, we held our convention here. I am very proud because some of the 1, 130 delegates who also participated during the convention in 2008 said that Iloilo City is very clean and has improved a lot during the term of Mayor Jed Patrick Mabilog,” stressed Parreño.

He added the convention also boosted the city’s economy.

He added that treasurers also participated since they are partners in local government units.

“Under the Republic Act 9646, you cannot be appointed as assistant to provincial, municipal or city assessor not unless you are a real estate appraiser. In order for you to renew your license every three years, you have to acquire 45 CPD units, so this seminar was intended to help them acquire the units needed,” explained Parreño.

“The convention became our avenue, too, to know the problems of our fellow assessors. We also compared notes of our functions under the Local Government Code,” he added.

Among the topics tackled during the convention were Essence of Data Collection Sheets or the Preparation of SMV; Updates on manual Real Estate Appraisal and Assessment Operations/ Other Laws and Jurisprudence on Real Property Assessment and Appraisal; Land Titles and Deeds; Appraisal and Assessment of Buildings and Other Structures; Issuance of Tax Declaration on Newly Patented Residential and Agricultural Lands; Appraisal of Special Purpose Properties; Real Property Records Management and Tax Impact Study.

The speakers were selected by the Bureau of Local Government Finance. [via Iloilo City PIO]