Proclamation No. 1104, signed on Wednesday, August 19 by Executive Secretary Paquito N. Ochoa Jr., states that “it is but fitting and proper that the people of the City of Iloilo be given full opportunity to celebrate and participate in the occasion with appropriate ceremonies.” 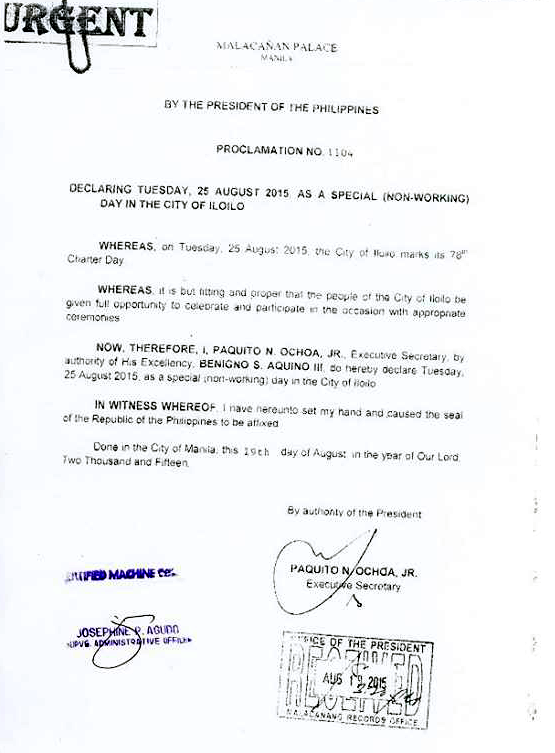 Events on the 25th include the Charter Day Parade in the morning and the Mayor’s Ball and recognition of the Most Outstanding City Employees for 2015 at Diamond Jubilee Hall of Division of Iloilo City Compound.

Mayor Jed Patrick E. Mabilog first institutionalized the celebration on 2010, and it have been a major event in the city since then.