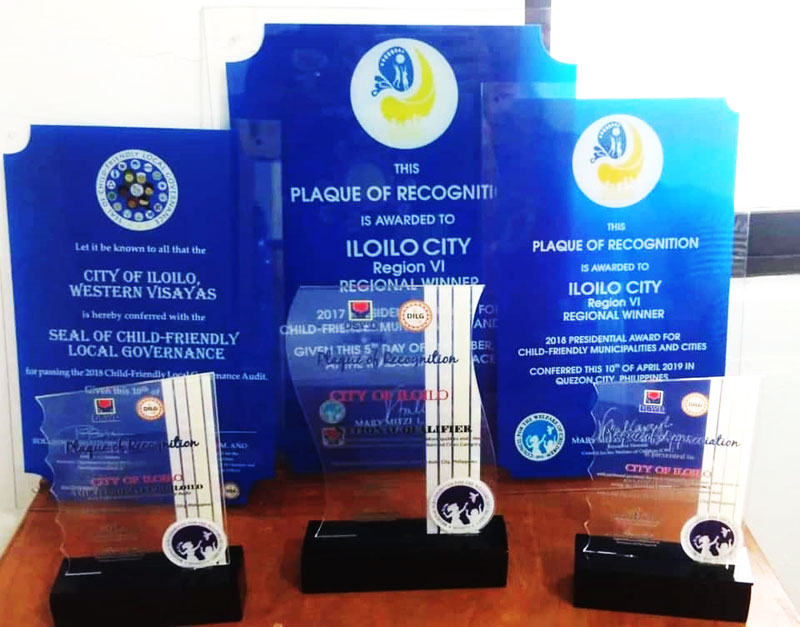 Iloilo City bagged various major awards for the promotion and advancement of children’s rights and development during the Western Visayas Regional Awarding and Conferment of 2018 Seal of Child-Friendly Local Governance at District 21 Hotel here Nov. 6.

Cited as National Qualifier of 2018 Presidential Award for Child-Friendly Municipalities and Cities (PACFMC) under Highly Urbanized City Category, Iloilo City is vying against three finalists for the recognition set in Manila later this year.

Iloilo City was conferred with the Seal of Child-Friendly Local Governance 2018 for passing the audit. It was also recognized as back-to-back 2017-2018 Regional Winner of PACFMC.

It was spearheaded by the Department of the Interior and Local Government (DILG), Department of Social Welfare and Development (DSWD), and members of Region VI- Regional Inter-Agency Monitoring Task Force composed of Regional Sub-Committee for the Welfare of Children (RSCWC), National Economic Development Authority (NEDA), Commission on Human Rights (CHR), Department of Health (DOH), Department of Education (DepEd), and SignPost International.