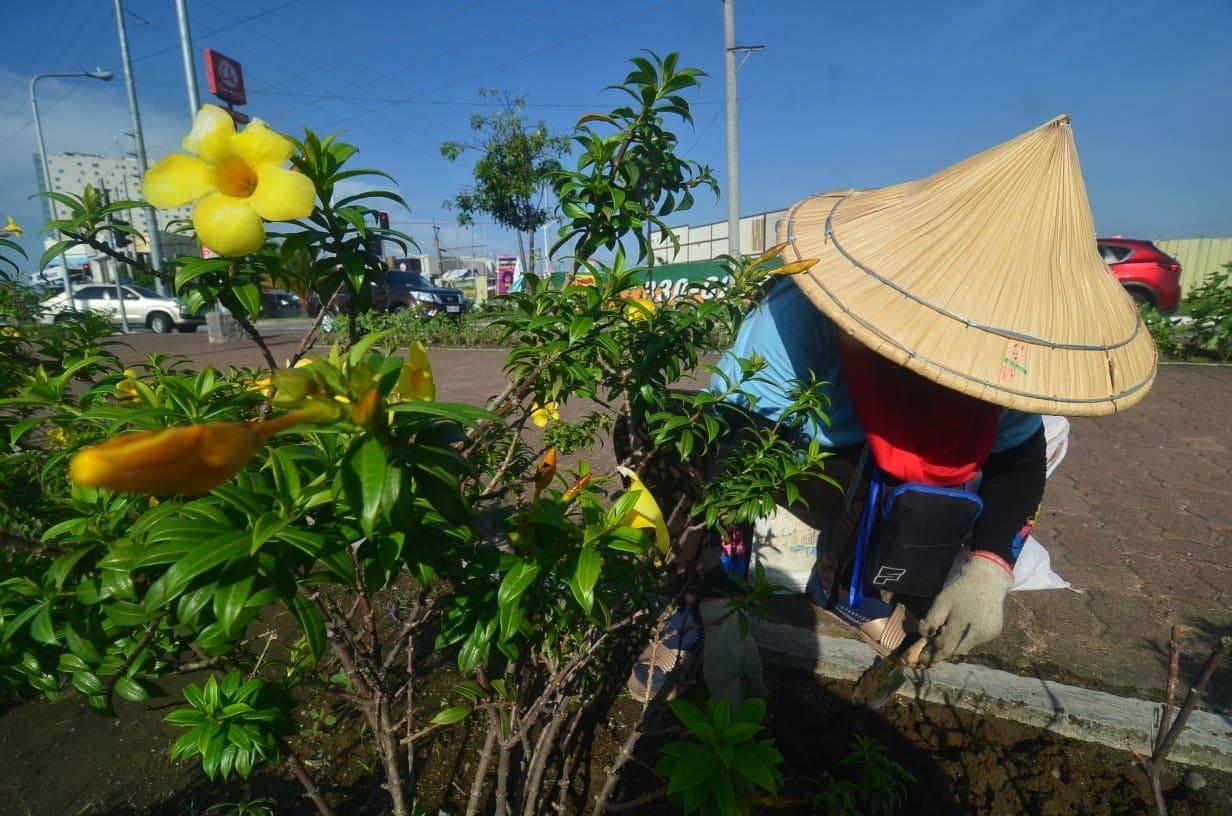 Iloilo City’s beautification program has received reinforcement this November with the augmentation of 345 workers for a month-and-a-half duty period to help maintain cleanliness of the metropolis.

Mayor Jerry P. Treñas said the initiative has been made possible with remaining congressional funds he allotted during his term under the Department of Labor and Employment (DOLE) and implemented recently.

“It is also good that this undertaking will be of big help to our beneficiaries in time for Christmas. They are working at 365 pesos minimum wage for 45 days with total budget of P5.6-million,” he added.

The recipients are assigned to support beautification and greening efforts, cleanup of streets and markets under General Services Office, and plazas and esplanades under City Environment and Natural Resources Office.

More than the aesthetic aspect, the significant value of cleaning and greening the environs creates impact to cushion effects of climate change by reducing carbon footprints through trees propagation and cultivation of ornamental plants.

Iloilo City has also hired ‘green guards to secure the Esplanades and plazas against vandals.

The green guards had a 3-day training with the PNP and they will also undergo another training for the first aid with the Philippine Red Cross. They will also be in their uniforms with IDs while on duty hours to be properly recognized.(Iloilo City PIO)