Iloilo City Government through Iloilo City Council for the Protection of Children awarded the Most Outstanding Child-friendly Barangay 2017 held at Grand Hotel, December 8. 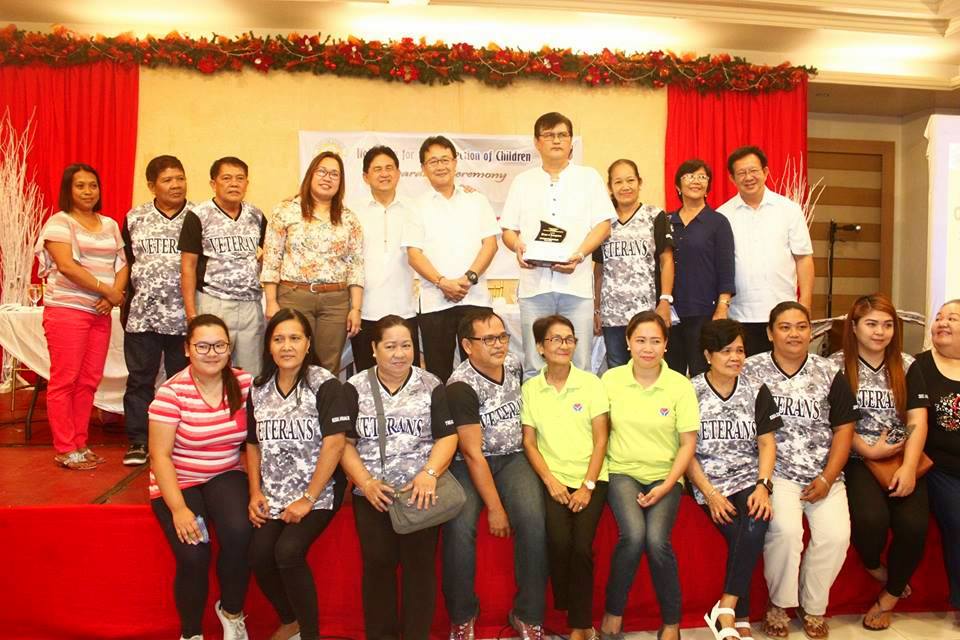 “This is the best time for us to make ways to assess and monitor how barangays work in complying with the projects for the children. We are so proud of these child-friendly barangays,” said Mayor Jose Espinosa III.

“We were able to win the title because we prepared much for this competition. All of us cooperated and helped. The most important thing that we must do is to make the children feel important. We need to show them our support through activities which will train them how to be better individuals,” said Veterans Village Brgy. Capt. John Eric David.

Brgy. Veterans Village bagged the Best in Survival and Best in Protection awards; Barangay Airport, Mandurriao for Best in Development; and Barangay Balabago, Jaro for Best in Participation.

The annual search aims to sustain and improve the functions of Barangay Council for Protection of Children (BCPC) in implementing child-friendly practices.

The winners passed the standards set by Department of the Interior Local Government (DILG).

Validators and evaluators from inter-monitoring taskforce and line agencies conducted site validation to each barangay for actual monitoring of documents and activities.