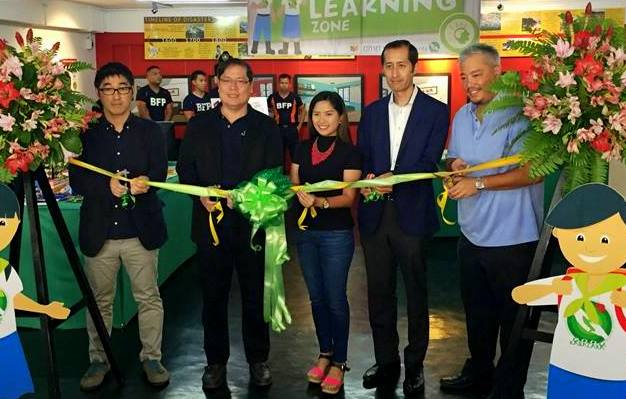 The Japan International Cooperation Agency (JICA), Japanese non-profit group CITYNET based in Yokohama, and the Iloilo City Government implemented the program to enhance disaster preparedness and response at the local level while promoting knowledge exchange between Japan and the Philippines.

Japan and the Philippines share common experiences in disasters since both nations are located on the Pacific Ring of Fire. Given our vulnerability to earthquakes, floods, and other natural disasters, disaster awareness and preparedness is critical at the community level to minimize risks and losses,” said Kazuko Kurashina, Director of the Partnership Program Division of JICA Yokohama.

The program Community-Based Adaptation and Resilience Against Disasters (CBARAD) were piloted in five disaster-prone barangays in Iloilo City and launched a KABALAKA volunteer program that involved students and teachers in disaster preparedness advocacy campaigns.

The project also profiled and enjoined vulnerable groups in Iloilo City such as the persons with disabilities (PWDs), elderly, and children.

A KABALAKA gallery, an interactive exhibit featuring disaster preparedness and survival, was also launched in Iloilo City under the CBARAD project.

“We hope that the Iloilo City community-based disaster preparedness model will be sustained and adopted by other LGUs,” added Kurashina.

CBARAD succeeded JICA’s earlier assistance to a flood control project in Iloilo City following the devastation from Typhoon Frank in 2008. The disaster affected about 254, 000 people and accounted for US$16.41 million damage to the city’s economy.

As part of JICA’s development cooperation assistance to the Philippines since the 1960s, the aid agency has been supporting the country in capacity building of frontline government agencies involved in disaster management, and in building socio-economic infrastructure to mitigate impact of disasters. [via www.jica.go.jp/]