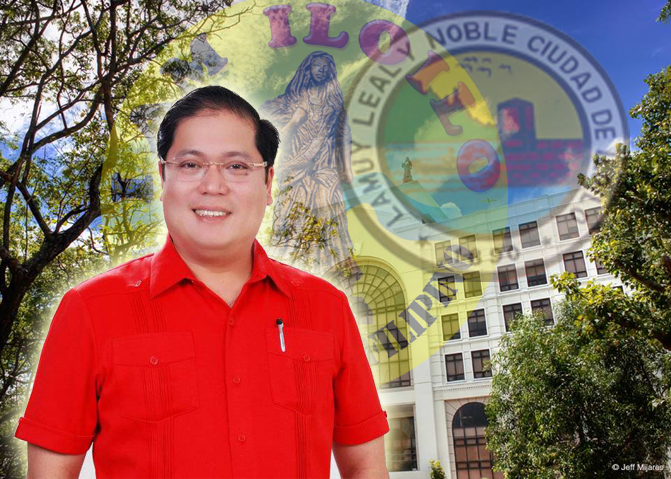 NCC through the Regional Competitiveness Committees (RCCs) has released the annual Cities and Municipalities Competitiveness Index (CMCI) which score Iloilo City 26.8208 points for rank 1 in the Government Efficiency category of highly urbanized cities, followed by Cagayan de Oro at 24.8620 points and Makati at 23.7251 points.

Government efficiency refers to the quality and reliability of government services and support for effective and sustainable productive expansion. Conceptually, this factor looks at government as an institution that is generally not corrupt; able to protect and enforce contracts; apply moderate and reasonable taxation and is able to regulate proactively. 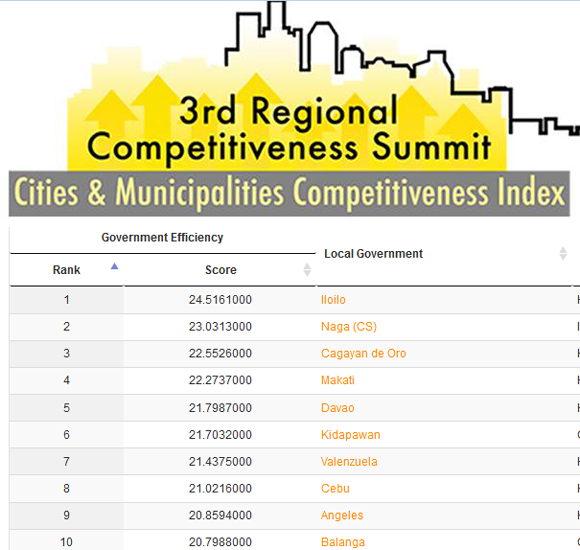 Aside from Government Efficiency, a total of 142 cities and 978 municipalities were also ranked in the index based on pillars of Economic Dynamism and Infrastructure, using a total of 28 indicators.

In overall competitiveness, Iloilo City was ranked at no. 7 for 43.3681 points of all the cities, and no. 10 among highly urbanized cities. Top 3 cities were Manila, Cebu and Makati.

Since 2013, NCC has been advocating building more competitive local government units in order to raise the overall competitiveness of the country.