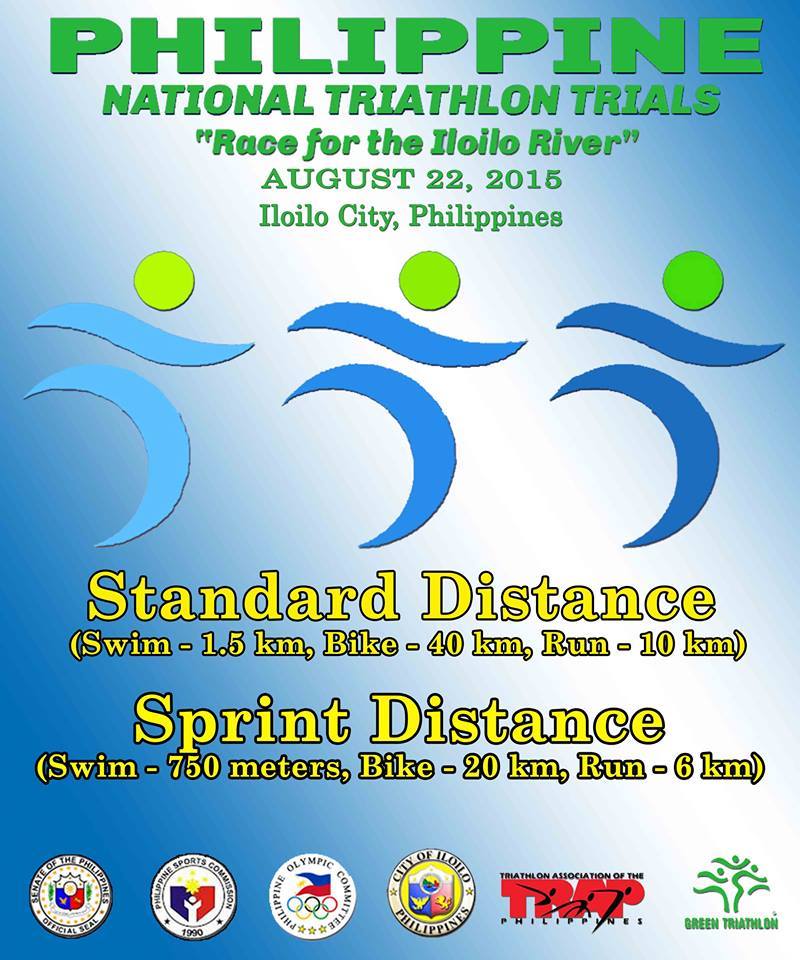 Themed “Race for the Iloilo River”, the event is a joint project of the Iloilo City Government, Philippine Sports Commission and the Office of Senate President Franklin M. Drilon which aims to strengthen awareness and encourage Ilonggos to support the ongoing Iloilo River Clean-Up Project.

The triathlon trials have approved race courses for both Standard (1.5 K swim-40 K bike-10K run) and Sprint (750M swim-20 K bike-6K run) distances will start at the beach at Joe II Garden for the swim followed by cycling along the city’s thoroughfares and running on Benigno Aquino Ave.

The event will be sanctioned and officiated by the Triathlon Association of the Philippines (TRAP) and will also be a qualifying event for TRAP’s recruitment and development program.

Mayor Jed Patrick E. Mabilog has already issued an Executive Order forming the different committees that will handle the preparations for this event.

Vice Mayor Joe III Espinosa, as Chairman of the Iloilo City Sports Council and Co-chair for the Triathlon hosting, will start a series of meeting as part of the event preparation.

The event is part of the 78th Charter Day Celebration of Iloilo City for the whole month of August 2015.

The Philippine National Triathlon Team led by Nikko Huelgas and Ma. Claire Adorna, both Gold Medalist in the recently concluded SEA Games in Singapore, will be competing in this event based on the statement of TRAP.