Department of Interior and Local Government Region 6 once again recognized Iloilo City as one of the best local government units with a Plaque of Sustainability in the Pagdayaw 2015 held Thursday, December 17 at Iloilo Grand Hotel. 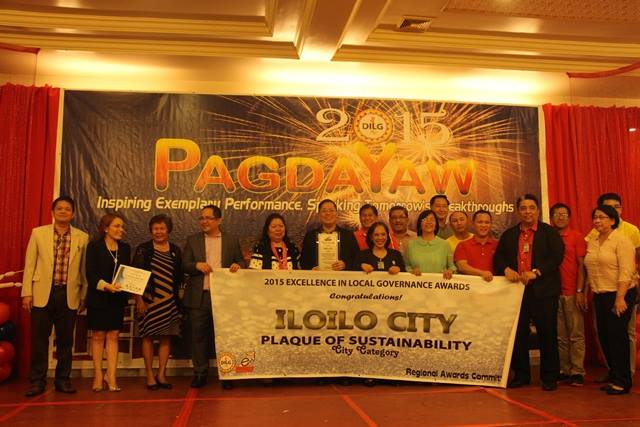 With this year’s theme “Inspiring Exemplary Performance. Sparking Tomorrow’s Breakthroughs”, Pagdayaw serves as a venue to give recognition and to showcase the innovations and best practices of the local government units in Western Visayas towards excellence in local governance through awards systems such as the Excellence in Local Governance Awards or popularly known as EXCELL Awards.

Iloilo City was given the Plaque of Sustainability for its consistent excellent performance in all aspects of governance. It has already won major awards in all category of the EXCELL Awards, and had been elevated to Hall of Fame in last year for bagging the Best Performing City in 3 straight years.

The Province of Iloilo was also named as the Best Performing Province in Region 6, winning the Environmental Governance, Economic Governance and Administrative Governance, and 1st runner up in Social Governance of the EXCELL Awards.