The Iloilo City Government inked Wednesday an Integrity Pledge through the Partnership for Integrity and Jobs Creation (I4J) of the European Union (EU). 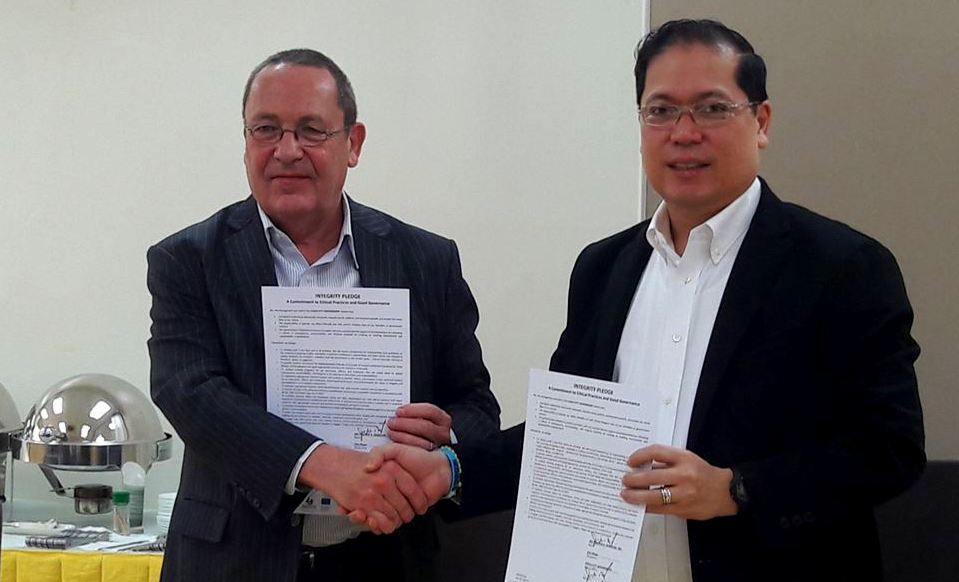 “This is an additional initiative in our sustained fight against corruption,” stressed Mabilog.

Local Economic and Investment Promotion Officer Atty. Mary Joan Montaño said the project will result to certification of the city’s good governance, thus its promotions to businesses which will translate to jobs generation.

The City Government’s management and staff believe that “corruption undermines democratic processes, impedes social, political, and economic growth, and erodes the moral fiber of our society.”

“The responsibility to operate our affairs ethically and with utmost integrity rests on our shoulders as government workers,” they said.

“Our government’s initiative to prevent corruption will only succeed with the support of all stakeholders by cultivating a culture of transparency, accountability, and integrity essential for creating an enabling environment and sustainability in governance,” they added.

The City Hall workers pledged to combat graft in any form and in all activities.

The project is co-funded by EU and the German Federal Ministry for Economic Cooperation and Development through Konrad-Adenauer-Stiftung, Centrist Democracy Political Institute and Leagues of Cities, Municipalities, and Provinces of the Philippines.

It aims to involve Local Government Units (LGUs) as key players for clean administrative procedures into the Integrity Initiative set up by European Chamber of Commerce of the Philippines (ECCP).

It focuses on the pilot development of integrity mechanisms and models of transparent and effective small business and investment registration and promotion procedures at selected LGUs, in cooperation with civil society and decision-makers.

It recognizes the role of LGUs as a sustainable network for self-obligation and monitoring of transparent and uncorrupt structures and procedures.