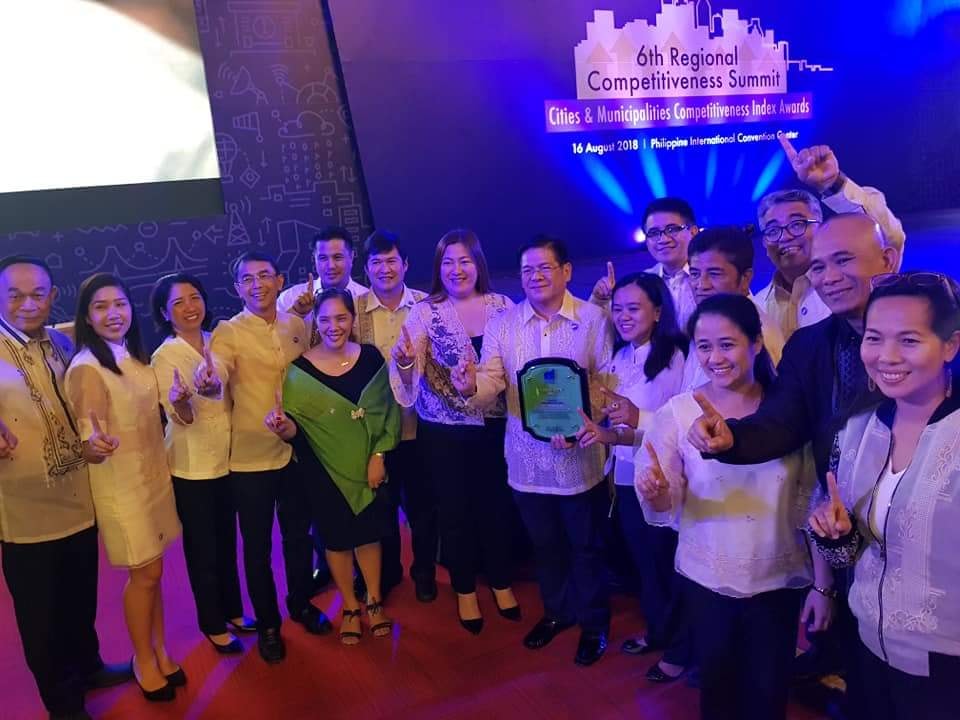 “It’s a very significant award for the city considering that we were number 32 last year, and moved to number 11 this year,” stressed Mayor Jose Espinosa III.

He said the recognition manifested the city’s excellent good governance with the strong partnership with stakeholders in bringing efficient and inclusive delivery of public services to the people.

It also ranked No. 4 in Government Efficiency, although leading outside Manila, in the league of big cities in the National Capital Region that placed in the Top 3.

Iloilo City almost made it to the Top 10 as it ended No. 11 in Overall Most Competitive, Economic Dynamism and Resiliency categories.
More than 1,500 LGUs competed for CMCI awards this year.

“Investors always look at the results of this summit. Our people deserve an efficient, effective, and responsive government service.

I must reiterate President Rodrigo Roa Duterte’s call to our LGUs: we must start streamlining our business permits and licensing procedures as mandated by the RA 11032,” Department of Trade Secretary Ramon Lopez told LGU officials during the awarding ceremony.
Lopez hoped the winners will inspire others to improve their business climate.

The DTI chief challenged local chief executives to reinvent their ways of delivering government service and urged all LGUs to level up the competitiveness of their localities to attract more investments and to create more jobs for the people.