The Iloilo City Government together with the Provincial Government will be hosting the Association of Tourism Officers of the Philippines (ATOP) National Convention in the metropolis on October 4-6. 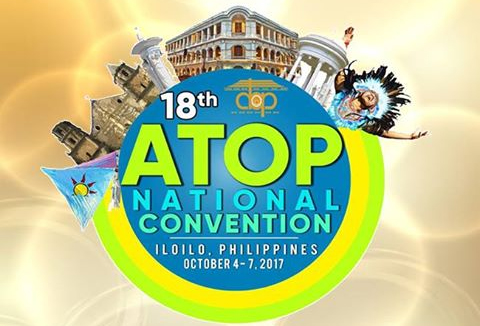 “We are positioning ourselves to be a MICE destination and we want to show to tourism officers and LGUs that we are ready because we have all the facilities which include venues for their activity and accommodation. The big event will also further strengthen the city’s economy considering that the food, transportation, hospitality and accommodation sectors will be in demand,” she stressed.

“There will be a mass at San Jose Parish Church to be followed by a parade of festivals on October 4 wherein the tourism officers will be wearing their festival costumes. So expect that this will be a festive one,” Divinagracia said.

The parade will start from Plaza Libertad going to Calle Real, Delgado Street, Muelle Loney, and Casa Real before proceeding to the Grand Xing Imperial Hotel for a Mayor’s Welcome Dinner.

On October 5, a plenary session will be conducted including talks on Meetings, Incentive, Travel, Conventions, Exhibitions or Events (MICE) 101- Benefits of MICE to Local economies as tool for development; Integrating the Three Tourism Sector as One Power Brand Product for Sustainable Tourism (Eco-Farm-Faith); and the 5A’s of Tourism Security and Safety as Elements for Sustainable Growth on Tourism (Arrival, Access, Accommodation, Activities, Attraction).

“We have prepared a city tour for delegates on October 6 because we want them to see the past and present. Afterwhich, there will be an ATOP-DOT Pearl Awards Night to be held at Iloilo Convention Center at 6pm wherein the LGU’s best tourism practices will be recognized,” said Divinagracia. [via Iloilo City PIO]