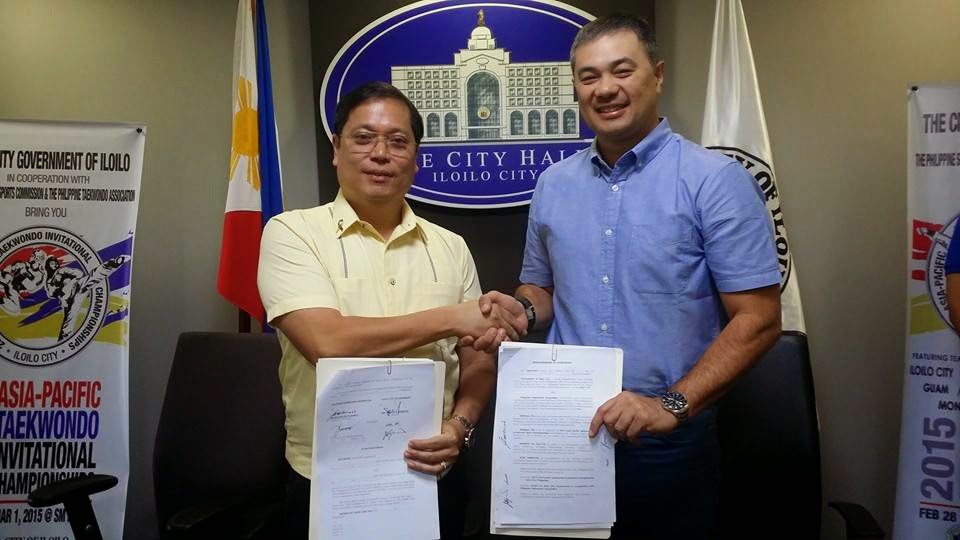 Mayor Jed Patrick E. Mabilog and Philippine Taekwondo Association Secretary General Monsour del Rosario signed the memorandum of agreement in cooperation with Philippine Sports Commission for the successful hosting of the sports spectacle in the metropolis.

“We have never hosted International Taekwondo Tournament outside Metro Manila before, this is history for the first time ever we are doing it in Iloilo City. I would like to thank you Mayor Mabilog for initiating this event. I am happy that the mayor made sports a priority program of the city,” said del Rosario