The City Council plans to create the Public Safety and Transportation Management Office of Iloilo City, through an ordinance, which will implement all existing laws especially those of land transportation in the metropolis. 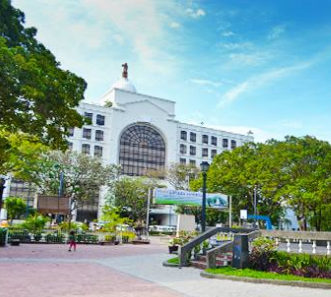 The proposed office will take charge in the implementation of mandate and objectives of Transportation Management and Traffic Regulation Office (TMTRO), said Councilor R Leone Gerochi, proponent of ordinance.

It will be composed of three divisions namely: Administrative, Special Services, and Transportation Management; as well as two units: Public Safety, and Anti-Squatting and Illegal Structure.

Traffic enforcers and auxiliaries will be under the Transportation Management Division, which will supervise and manage transportation related concerns and assist in policy concerns.

The Special Services Unit (SSU), including its organizational structure, which is under the City Mayor’s Office (CMO) will be transferred to the proposed department.

The Special Services Division will be in-charge of sidewalk and ambulant vendors in all city streets, plazas, sidewalks and every or all other public places under the city’s jurisdiction; and in-charge of jaywalking and any related concerns.

The Task Force Asis, which is also under CMO, will become the Anti-Squatting and Illegal Structure Unit.

The Public Safety Unit, which is composed of police auxiliaries and security, is in-charge of security and safety of general public.

Gerochi explained the Administrative Division will manage, supervise, coordinate and direct all administrative functions; also take charge of personnel relationship and discipline; and assist in the policy making related public safety and transportation.