The Iloilo City Council has back down and reverted its previous decision of rescinding the contract between the city government and Double Dragon Corporation on a public private partnership (PPP) scheme on the proposed Parola ferry terminal by resolution in last Friday, December 6, 2013 regular session.

Main proponent Plaridel Nava, who previously led against the PPP contract rescission due to some vague provisions on the share of the city government, also led on passing a resolution on Friday by reiterating and reconfirming the authority of city mayor Jed Patrick Mabilog to sign a contract with Double Dragon without any condition on the proposed P135 million project aimed to modernized sea travel from the city to Guimaras island province. 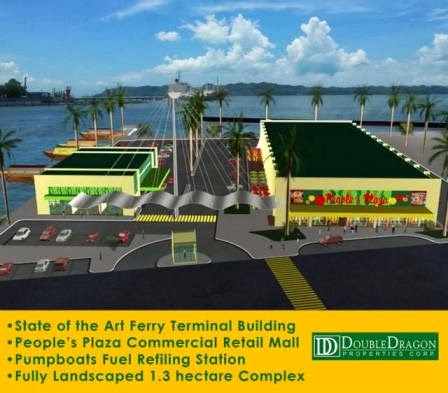 Mabilog disclosed that there are certain amendments which will be addendum to the old contract to be submitted to the National Economic Development Authority (NEDA Board) for final approval.

Atty. Joelito Barrera, legal counsel of Double Dragon,explained to the city council on the 25-years contract in which the city government will get 1 percent from terminal fees, 1 percent from berthing fees,1 percent from cargo fees and another 1 percent from gross rental fees. These fees were not included in the old contract rescinded by the council last June 2013.

Mabilog said he is positive the ferry terminal project will start by early 2014 and the land at the parola area is already prepared for the project. NEDA Reg. Dir. Ro-ann Bacal similarly echoed that the project is good and will served the best interest of more people in going to Guimaras and backto the city. By Lydia C. Pendon