Iloilo City will be hosting at least five meetings of the Association of Southeast Asian Nations (ASEAN) 2017. 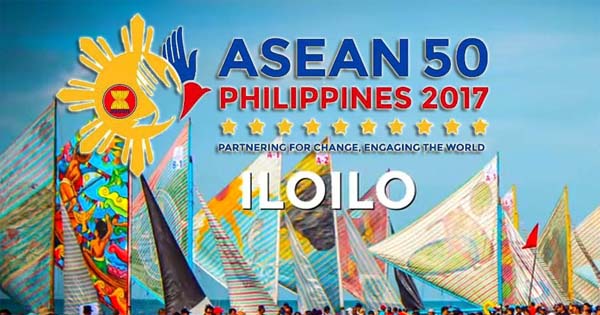 “We encourage everyone to support Iloilo City’s preparations to host the 2017 ASEAN meetings. This good news manifests our growing reputation as ideal convention destination,” stressed Mabilog.

The City Hall will help NOC determine the possible engagement sites and specific arrangements for the ASEAN meetings such as airport facilities, hotel accommodation, conference venues and tourism destinations.

“I have the honor to inform you that the ASEAN 2017 NOC has chosen Iloilo City as one of the sites for ASEAN meetings,” ASEAN 2017 NOC Director General for Operations Marciano A. Paynor Jr. wrote Mabilog.

Paynor thanked Mabilog for the support and assistance for the country’s hosting.

“I hope that you would welcome this opportunity to host these meetings in your city which will have a critical role in the national hosting. The Philippines shall host as part of its endeavor to intensify community building through enhanced regional cooperation and integration among its member countries,” stated Paynor.

The meetings that will be convened by various lead government agencies will be attended by high-level delegates such as ministers and senior officials.