An Ilonggo wushu fighter has brought pride and honor to the country by winning gold in the ongoing 8th Sanda World Cup in Xian City, China. 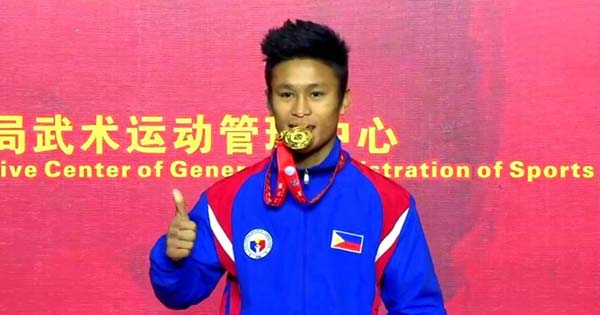 Sanda, sometimes called Sanshou or Lei tai, has all the combat aspects of wushu, but includes many more grappling techniques.

This year’s competition is the 8th edition which has brought together a total of 71 world champions from 19 countries, including Belarus, China, France, Iran, Italy, Russia and Vietnam.

Mandal, who studied in Melchor L. Nava National High School in Calaparan, Arevalo, was one of four wushu artists of Team Philippines in the tournament which started November 4-6, 2016 in the capital of Shaanxi province in central-northwest China.