The 11 district hospitals and the Iloilo Provincial Hospital of Iloilo province generated a surplus of more than PHP261 million in 2015, higher by around PHP115 million when compared with the surplus in 2014. 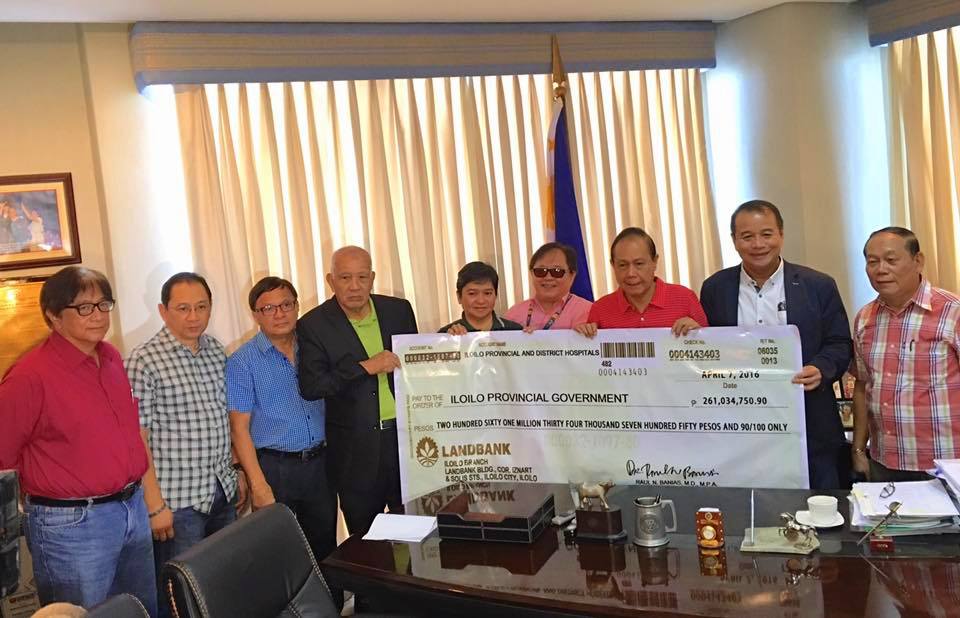 Iloilo Provincial Administrator Raul Banias, who is also the head of the Hospital Management Office, together with the chiefs of the hospitals in the province, turned over to the provincial government through Iloilo Governor Arthur Defensor Sr. the check worth over PHP261 million on Thursday.

Of the total surplus, more than PHP231.9 million will be allocated for the supplemental budget of the Iloilo provincial government this 2016, Banias said.

The remaining PHP30 million will be reserved for the projected salary increase of capitol employees in line with the implementation of the Salary Standardization Law, he added.

Banias emphasized that the surplus is the result of the conversion of public hospitals into local economic enterprises in 2011.

Nonetheless, while the policy change has driven self-sustainability to the 12 hospitals for its operation, Banias said that they are looking forward that the hospitals will be compassionate, patient-centered and increase customer satisfaction.

He also said that they wanted to increase the no balance billing compliance for patients enrolled with the Philippine Health Insurance Corporation (PhilHealth) program. [via PNA | Photo by Raul Banias]