Former developmental coaches Daniel Panaggio of Los Angeles Lakers and Andrew Dunlop of Phoenix Suns were in Iloilo City recently for an exploratory visit to look for possible venue of their proposed training center. 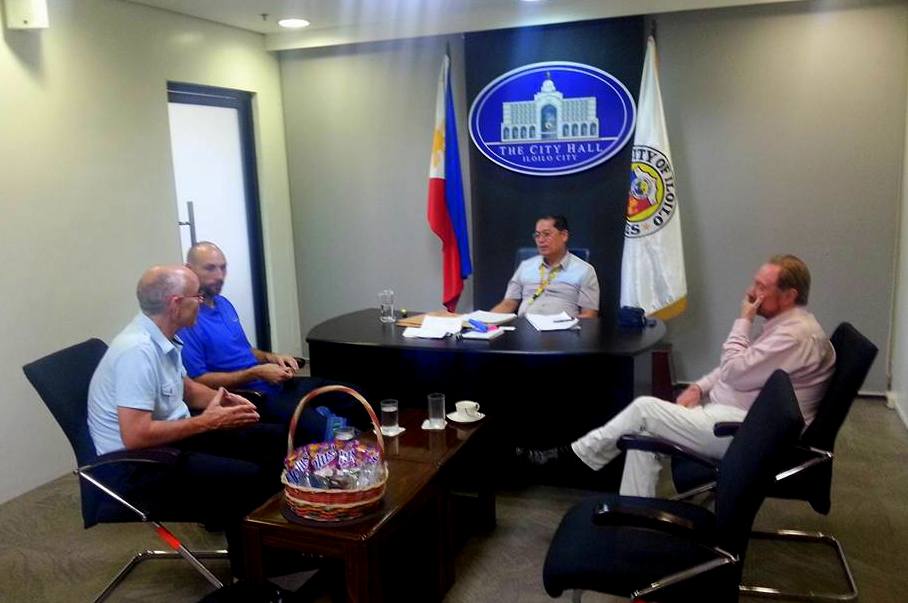 The training center for basketball and volleyball will not only be for Filipino sports enthusiasts but also part of Asia, said Mayor Jed Patrick Mabilog.

“They are really choosing the Philippines but yet to choose a city,” he added.

“They have seen the economic potential and promise of Iloilo that’s why they were here,” he said.

Mabilog said that the sports trainers took into account the cost of living, English-speaking population and availability of facilities in choosing a venue.

The mayor said it will surely boosts the city’s sports tourism if indeed they will choose Iloilo City as venue. [via PNA | Photo by JR Delfin]