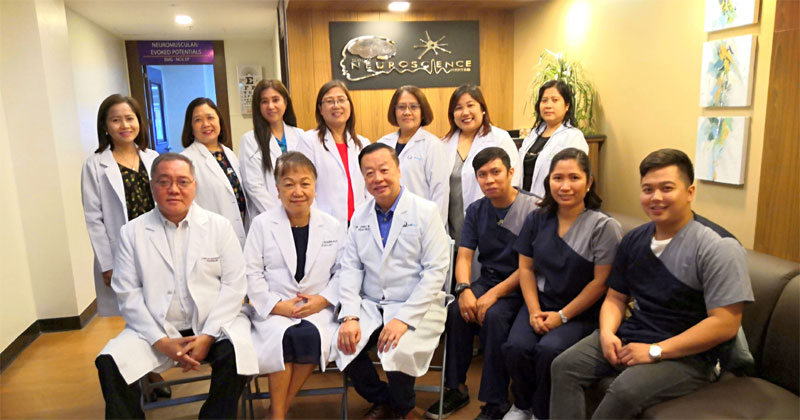 Iloilo Neuroscience Center, the first integrated center that caters to neurologic needs and diagnostics in the community, was formally opened at Qualimed Hospital Iloilo in Atria Park District, Mandurriao.

The one-stop-shop neuroscience center was put up by Iloilo Neuroscience Group Inc., composed of 18 neurologists, and other sub-specialties from Iloilo and Capiz who bonded together through a company that will take care the needs of their patients.

“We thought of a group that could cater to the neurologic needs of the community, from the neonate up to the elderly,” said Dr. Joel Advincula.

“We’re thinking that this is one of the specialties with growing needs, so we thought of bonding together and thought of Qualimed as the best place to put up our center. It’s the first center that caters to all of the neurodiagnostic needs of our patients,” he said.

The company initially rented a small room in the 3rd floor of Qualimed Iloilo for electroencephalogram (EEG) laboratory, and eventually got a larger area which as more patients are coming in for neuro services.

EEG tests activity in the brain to determine problems such as epilepsy and seizure disorder. EMG-NCV are used to test the nerves in the arms and legs, various muscles throughout the body. Evoke potentials are tests being done for those with visual, hearing, and sensory problems.

“All of these diagnostics cater to our needs as neurologists so that we can properly address the needs of our community,” said Dr. Elma Marañon, center head.

“And we also have a dedicated room for Memory Clinic, which will now serve patients with memory problems like Alzheimer’s, dementia and also neuropsychological testing,” she added.

The neurologists in the group hold clinics in different hospitals in the city and they send outpatients to the center for these diagnostics.

Iloilo Neuroscience Center is offering these neurological services at a lower rate when compared to other hospitals.

“No, we are not shortchanging our patients. We have state-of-the-art machines and certified neurologists who give the best service in neuro care,” Dr. Advincula emphasized.

Over the years, the company has extended its group of physicians to include other subspecialties to cater to clients of their other facility, the Balay Aruga in Arevalo.

Dr. James Woo, Medical Director of Qualimed, was elated to have the center in their facility.

“We at the Qualimed Health Network is proud to have Iloilo Neuroscience Center in our hospital. This center really makes us a one-stop-shop, as we have everything here in Qualimed. We have the CT Scan, MRI, Neurodiagnostics, Rehab department, and 8 specialized centers that take care of the medical needs of the community,” he said.

Qualimed Hospital Iloilo is a level 2 100-bed hospital providing comprehensive capabilities for inpatient and outpatient healthcare services, with world-class amenities at par with any major medical centers in Cebu, Manila, and other cities in Southeast Asia.

It is built around a specialty group practice clinic model and is complemented by a fully digital laboratory, advanced imaging services, and general and specialty services of a full-service hospital.