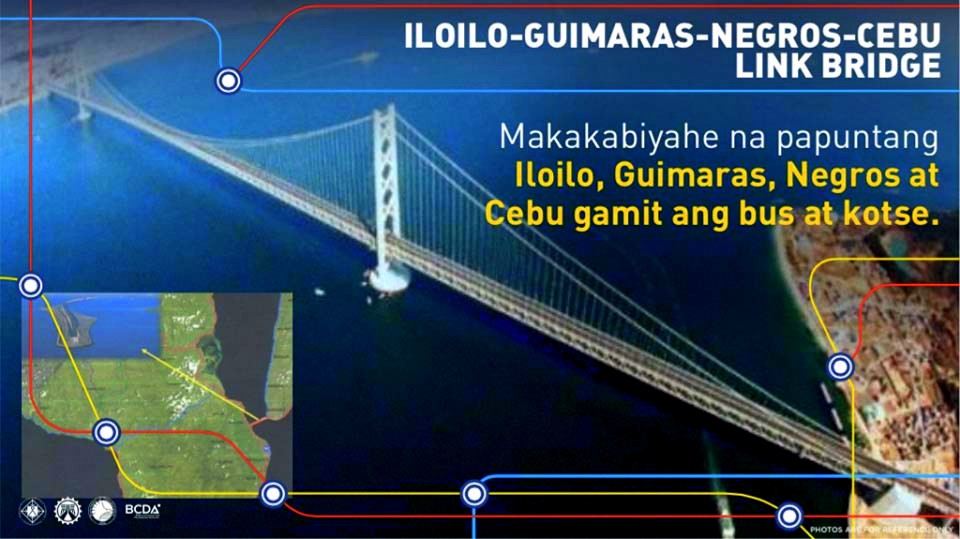 The Department of Public Works and Highways (DPWH) on Wednesday said the feasibility study of the inter-island bridge connecting three major islands in Western Visayas is expected to be completed before 2020.

“The feasibility study for the Panay-Guimaras-Negros (bridge) is expected to be completed this year,” Anna Mae Lamentillo, chairperson of the Build, Build, Build Inter-agency Committee, bared this in a press briefing in Malacañang.

Lamentillo said the DPWH is being “very careful” in relation to the design and construction of the project given its magnitude.

She assured that the bridge has been included as one of the priority projects under the Build, Build, Build program of the administration of President Rodrigo Duterte.

Once completed, the bridge is expected to be another option for traveling across Western Visayas to prevent incidents such as the recent Iloilo-Guimaras Straight sea mishap that killed 31 people from occurring.

The Proposed Panay-Guimaras-Negros Island Bridges Project is undergoing a feasibility study under CCC Highway Consultants Co., Ltd. of the People’s Republic of China.

Some road sections in Guimaras Island have already been developed and paved, now known as the Guimaras Cross Island Roads as part of the preparation for the construction. (By Azer Parrocha, PNA)