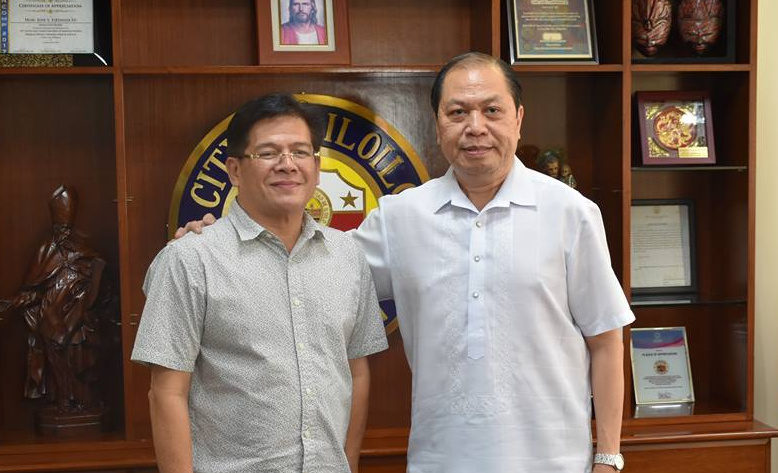 Simon assured Espinosa to help the City government attract more traders from outside the country.

He noted his first task is to make sure that Iloilo is compliant with the rules and regulations of customs, and there seems to be no problem with that.

“What I saw is the disadvantage of traders here wherein if they would want to bring in international container rice cargoes from other countries, they course it through other cities in the country. What you only have here are vessels and not in the form of container rice cargo,” Simon said.

“I was telling Mayor Espinosa, we have to change that and we are going to make sure that Iloilo traders have the best advantage, meaning they will have more competitiveness and less cost in the transaction,” he added.

Espinosa said if imported goods from Korea, China and other Southeast Asian counties would dock in the city, it will help boost the local economy.

“If foreign countries will dock here, it can contribute a lot to our economy and the prices of imported goods will lessen since it will not be transshipped anymore in Manila or Cebu but it will go directly here,” Espinosa stated. (Merianne Grace Ereñeta/ Iloilo City PIO)