World-class Ilonggo designers were among those who draped Miss Universe candidates with their creations in the 65th Miss Universe: Designers’ Showcase and Charity Ball/National Gift Auction Night on Monday, January 23. 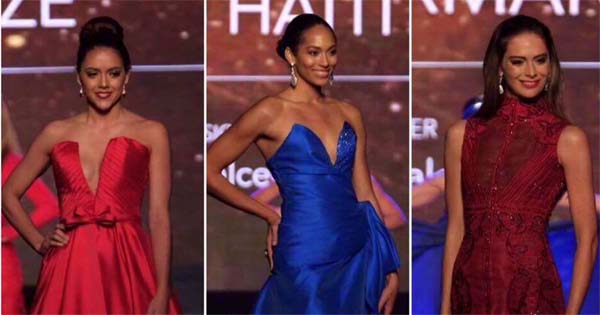 Out of 86 designers from all over the country who were invited to dress up the beautiful ladies in the event held at Conrad Hotel in Manila, three were Ilonggos, namely: Bo Parcon, Jet Salcedo and Jaki Peñalosa.

Called ‘Iloilo’s Bad Boy of Fashion’, Parcon was chosen to design for Miss Belize Rebecca Rath, and came up with ‘Meeting of Lines’ gown.

The Ilonggo designers were all proud to showcase Iloilo in the fashion map through their amazing creations in the glamorous fashion gala.

“I am happy to be representing Iloilo in the MS UNIVERSE 2017 as one of their official designers during the gala night…It is always my honor and pride to bring Ilonggo craft to spotlight so that the whole world could see what Ilonggos are made of,” Peñalosa posted.