An Ilonggo educator from Calinog, Iloilo was recognized on Wednesday as one of the finest teachers in southeast Asia. 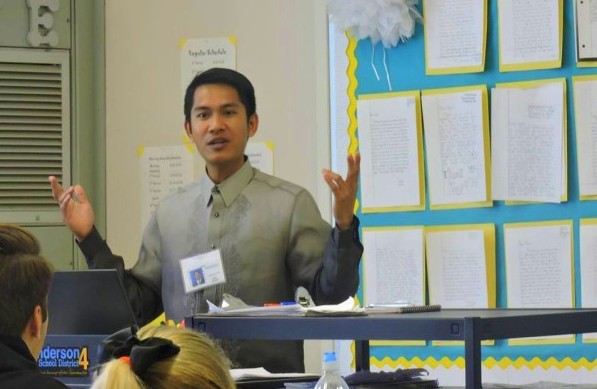 Princess Maha Chakri Award is a biennal award which honors highly dedicated teachers in Southeast Asia whose accomplishments make significant contributions to education and human development and who deserve international recognition. A total of 11 teachers, one each from SEAMEO member countries, were given the award this 2017.

In 2005, Dr. Insilada started applying inclusive learning and culture-based educational method for teaching integrated programme students. They could learn about their roots and identities through in-clas activities in class and community-based research. Cultural masters, local government and NGOs on social welfare and indigenous people are sometimes invited to give lecture at schools as one of the methods that enables students to learn about their roots and creates a sense of community ownership.

“Teaching is a very rewarding profession. However, challenges are always inevitable. Teacher needs to be always positive and hopeful so that things will work well with the help of all the internal and external stakeholders. Truly, it takes a village to educate a child,” Insilada said.

Dr. Incilada is also a well-known novelist who excels in local Kinaraya language and English. Writing is his way of educating wider audience across ages and locations and enable people to take pride of their roots and cultural uniqueness.

At present, he has been responsible for educational affairs at Alcarde Gustilo Memorial National High School.

Awardees of Princess Maha Chakri Award get a medal, certificate of honor and $10,000 cash prize. The presentation of the awards is to honour Thailand’s Princess for her outstanding achievements in the fields of education and the development of people’s quality of life, especially for the disadvantage. [via http://www.pmca.or.th]