“Iloilo City Hall building was negative for drugs” as assessed by an agent of Philippine Drug Enforcement Agency (PDEA) after they conducted a surprise inspection October 12. 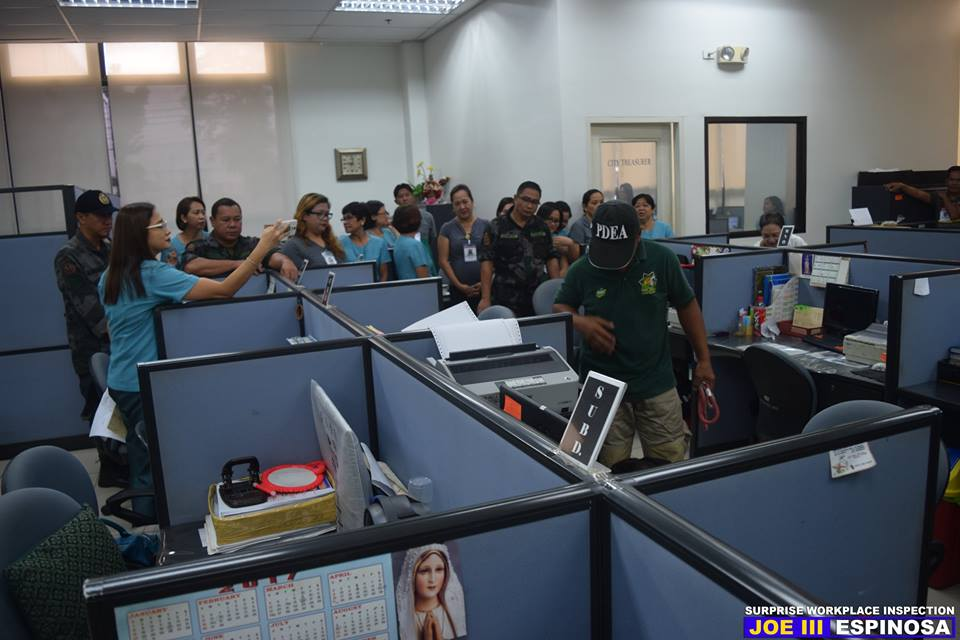 This was relative to Executive Order No. 85 or Institutionalizing the Iloilo City Government “Drug-Free Workplace Policy” and “Guidelines in the Conduct of Inspection and Drug Testing” issued by acting Mayor Jose Espinosa III.

“The inspection was conducted by three teams with K-9 dogs. They inspected all floors of City Hall to ensure that we are really a drug-free workplace. This is the first time in the country that a City Hall was inspected,” said Espinosa.

Under the EO, any official, employee, job order or contractual who may be found in possession of illegal drugs or illegal paraphernalia during the conduct of surprise office inspections will be subjected to administrative disciplinary proceedings without prejudice to their criminal prosecution in accordance with the law.

The EO mandated the creation of Drug-Free Workplace Committee (D-FWC) which will oversee the formulation and implementation of the drug abuse policy in the agency.

D-FWC will also initiate training programs for supervisors; continuing education and awareness program for employees; and adopt value formation, family enhancement and such other related and relevant programs.

The EO also provided for the establishment of anti-illegal drugs information box (A-IDIB) in the ground floor of City Hall, city’s field offices, barangay centers, among others. [via Iloilo City PIO]