An Ilonggo nurse making waves in the entertainment industry in Chicago, Illinois is set to receive an award in the annual Filipino American History Month celebration in the United States. 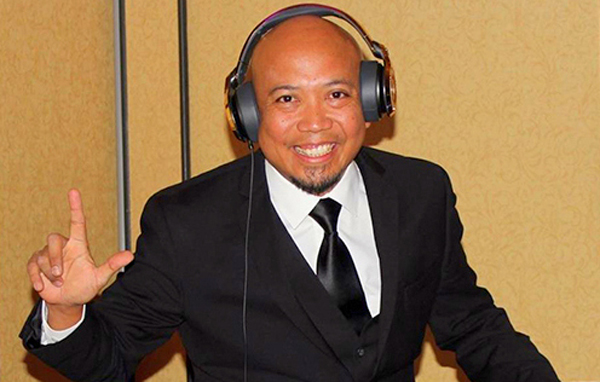 Dueñas, Iloilo-native Richie Gil, a nursing graduate and former clinical instructor of West Visayas State University (WVSU), has been selected by the search committee for the 22nd Annual Chicago Filipino Asian American Hall of Fame 2016 to receive the Excellence in Entertainment award.

This is a very prestigious award in the Filipino American community of Chicago and the Midwest.

It honors high-achieving Filipinos/Filipino Americans and Asians, for their achievements in their fields of interest or profession and in their abilities to promote the positive image of the Filipino not only in Chicago, but also in the entire USA, the Philippines and the world.

Gil, according to the committee, has demonstrated uncommon, innovative, and civic responsibility which makes him “a pride and an inspiration and role model to our people.”

Richie Gil’s pursuit of excellence is rooted form the values and inspirations which his parents – Sofronio and Gildegarda Lamera Gil, both educators from Dueñas, Iloilo – instilled in him at a young age.

He excelled not only in academics. He also garnered several local and national recognition as a student leader, campus journalist, cultural dance performer, debater and public speaker. During his senior year in the College of Nursing, he won as Chairman of the Nursing Student Council, and was bestowed the Excellence in Leadership award on his graduation. He worked as Clinical Instructor in the WVSU College of Nursing until he migrated to Chicago, Illinois, USA in 1994.

In America, he often saw himself at the forefront of organizing and hosting parties for friends in the early days of their young home-sick life. As his nursing career flourished, so did his hobby of entertaining. He founded Funky Dragon Productions in 2002 with a humble vision to provide services as events planner, choreographer, host, and DJ in Chicagoland. “The Party Master” as he is now known, has been a part of various events such as baptism, birthdays, debuts, weddings, holiday parties, reunions and corporate events to name a few.

He is in demand not only in Chicago, but in the entire Midwest and the Philippines.

Gil works is a Certified Critical Care Registered Nurse (CCCRN) and works at the University of Chicago Medicine Peri-Operative Unit. He is married to Jeannie Segovia Gil. They have three young children namely Brandon, Connor and Delaney.

He considers his children his top clients to whom he strives as an entertainer every day in his pursuit to be great in his biggest endeavor ever – being a father.

The awarding ceremony will be on October 29, 2016 at Hyatt Regency O’Hare in Rosemont, Illinoi.[By Dean RosGrace Belo-Delariarte, WVSU]