The World Pull-up Day was held last September 12, 2015 and Ilonggos led by the Barista Street Workout-Iloilo joined in the celebration whose proceeds will benefit poor children who are stricken with cancer. 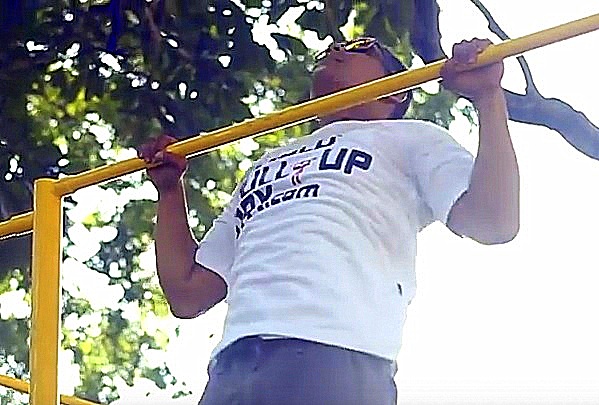 A pull-up is a calisthenics exercise where the participant lifts his body up until his chin is of the same level as the bar and then goes back to the starting position and then goes up again while grabbing the pull-up bar. It is harder than it looks, because it requires practice and strength.

The Iloilo leg was held at the Molo Plaza, which has pull-up bars in place. These bars were donated by Barista Street Workout-Iloilo sports team pioneer John Paul Santamaria.

Santamaria said that calisthenics is very efficient because one can do it anytime and anywhere such as on the street, that is why it is also called a street workout. He said that doing pull-ups is ideal for busy people like him because the city’s plazas have bars where one can practice for free.

“We want to help build a fit society through free exercise using one’s body weight. It is easy to inspire others because the movements are different and free,” he said.

Santamaria’s friend Kenard Montenid, said that calisthenics has helped him. “I lost 15 kilos in just three months. Instead of spending all my time partying and playing on the computer, I do street workout. The more I practice, the stronger I become. House chores that require lifting have become easy,” he said. “It was hard at first, but Guts (nickname for Santamaria) kept on motivating me. No pain, no gain,” he added.

Jerricho Espanola, lead organizer said, “It (event) made me feel that I had a connection with our city’s youth. Being able to teach calisthenics will surely improve and inspire the youth of Iloilo and fulfill our team’s mission. If it wasn’t for motivation or inspiration, I would have failed street workout. 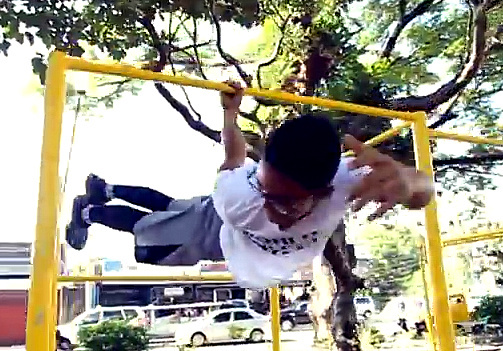 “I was a troubled athlete back then. I was a nobody from elementary to high school. Now, I have found a source for my well-being and I need to let the others find theirs too. This is why I will try my best to entertain all of the city’s youth when it comes to street workout. It is not just a workout, it is the art form of life,” he added.

ABC Molo president Cirilo Lapascua, who represented Iloilo City Mayor Jed Patrick Mabilog in the event, said that local government welcomes the donation of pull-up bars. “This is timely. Kids will have fun and learn to appreciate physical fitness.”

Proceeds of the event will be donated to Friends of Kids with Cancer Foundation, Inc (FoCKIFI), a non-profit organization that raises funds for poor children who have cancer. Carol Deduro, foundation auditor, said that they currently have 15 beneficiaries coming from poor families./

You may visit Barista Street Workout Facebook Page and Friends of Kids with Cancer Foundation, Inc. for more details.