Jaro Police Station of the Iloilo City Police Office became the first police station in the region elevated to the Hall of Fame of the Most Citizen-Friendly Police Station award. 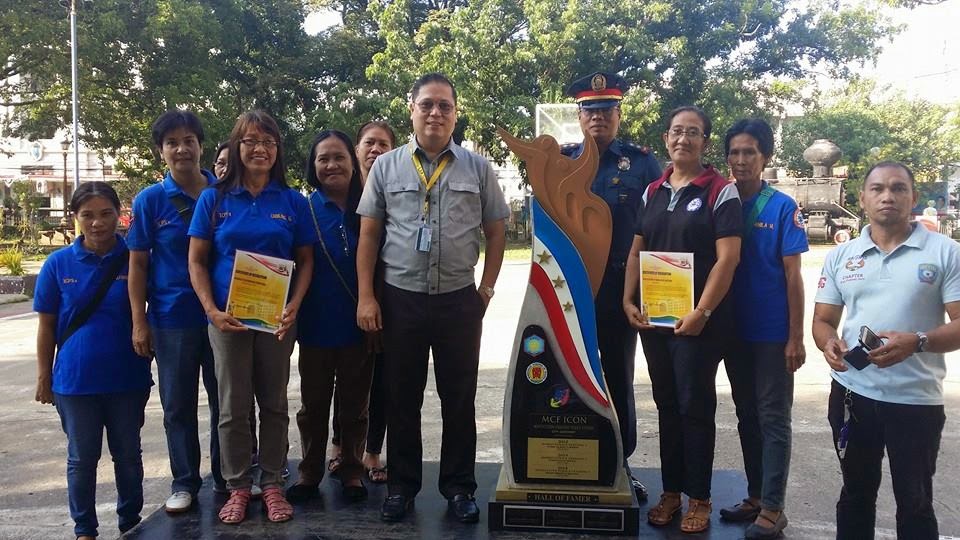 Ballego was joined by his predecessors P/Supt. Gilbert Gorrero and P/CInsp. Rhea Santos during the awarding of the five-foot icon which will now permanently stay at the lobby of the Jaro Police Station after defending the award for three consecutive years.

On the other hand, Kalibo Municipal Police Station won the municipal category. It took home P15,000 and the other MCF icon which will be displayed in its lobby until the next awarding.

All the runners-up in both categories received trophies and plaques of recognition.

In his short message, Palomar said the MCFPS icon project has significantly improved the performance of police personnel especially in dealing with their clients as well as benefited people under their areas of jurisdiction.

NAPOLCOM spearheads the project which is one of the highlights of the NCPW commemoration in the region for the past three years. (JCM/LAF/PIA-Iloilo)