Iloilo City has a new leader after Vice Mayor Jose Espinosa III was sworn in as Mayor on Monday, October 30. 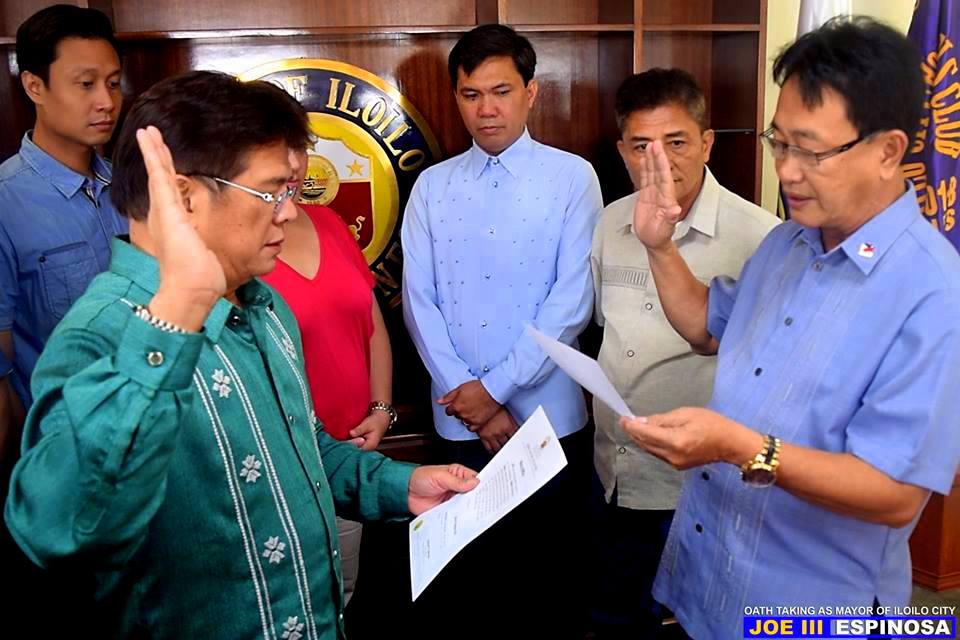 Espinosa was installed as the new city executive after the Office of the Ombudsman dismissed Mayor Jed Patrick Mabilog for “serious dishonesty relative to his unlawful acquisition of wealth.”

Nuyda said that the order of the Ombudsman is very clear and that the Supreme Court decision states that “any appeal or motion for reconsideration will not hold the implementation.”

“It’s executory pending appeal. It’s good as a proof of implementation. Based on record it will be the legal counsel who should receive or at his office. So we implemented it now,” said Nuyda.

Meanwhile, Jay Victor Mabilog, brother of the former mayor, said that they will continue to serve and extend support to the new mayor.

“Since the transition took place this morning, hope this will lessen the burden for mayor and our family that it has been decided in court,” he said.

“We will continue to serve our people. This is just an event that is part of governance. Changing of the guards happens from time to time and this is just one of the events, that again we will follow the rules,” Espinosa said.

He added that it is “business as usual” at the Iloilo City Hall.

Councilor Jeffrey Ganzon was also installed as the new vice-mayor.

On the other hand, Pueblo said that they will pursue their petition for certiorari before the Court of Appeals (CA). He was positive that they have a “strong case” and they found a basis of grave abuse in the Ombudsman decision.

He was supposed to leave for Manila today to file the petition but was informed that there is no office in Manila.

“We will protect his rights with all the legal remedies we could provide,” Pueblo said.

The dismissal stemmed from the complaint filed by former Iloilo provincial administrator Manuel Mejorada for case of dishonesty and grave misconduct in 2013.

Mejorada alleged that Mabilog has unexplained wealth as evidenced by an increase of more than PHP8 million in his 2013 statement of assets, liabilities and net worth (SALN) compared with his assets in 2012. [With a report from Perla Lena, PNA]