A colorful photo of Dinagyang warriors taken by an Ilonggo photographer made it to the online feature of National Geographic. 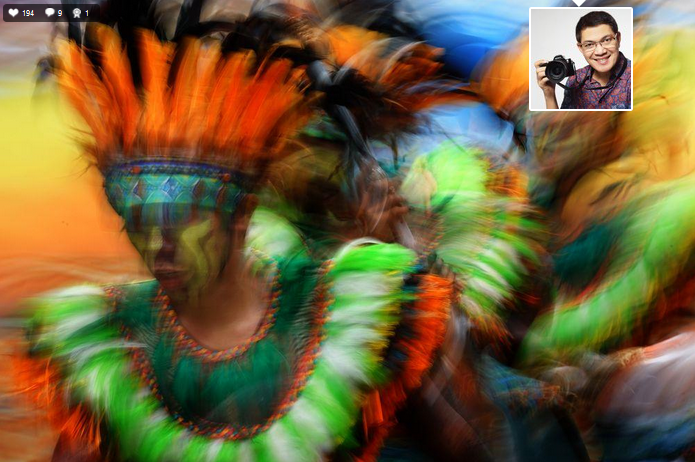 The photo was published on Friday, January 22, in National Geographic’s Your Shot section online, under the category ‘Celebrations’.

“Motion blur is difficult to do right. To me, this is done right. I feel like I am there, awash in the colors and the energy of the dance.”

In a Facebook post, Librodo said that he considered it a big honor “because there were 10,412 submitted photos from all over the world, and only 32 were chosen and the DINAGYANG FESTIVAL (Iloilo, Philippines) is the only Philippine celebration featured, and I am the only Pinoy contributor for this assignment.”

He even confessed at the comment section that he doesn’t know how to take motion shots, and that the chosen photo was a result of a ‘mistake.’

“Maybe that’s what we need to do in our photography: make “mistakes”. Because if you are shooting from the heart, who can fault you?,” he added.

Librodo was once called by American photographer and original ‘Photoshop Guy’ Scott Kelby as one of the five best photographers in the world. His photos have won countless competitions, and have been featured by so many brands and publications. [Photo credits: National Geographic and Manny Librodo]