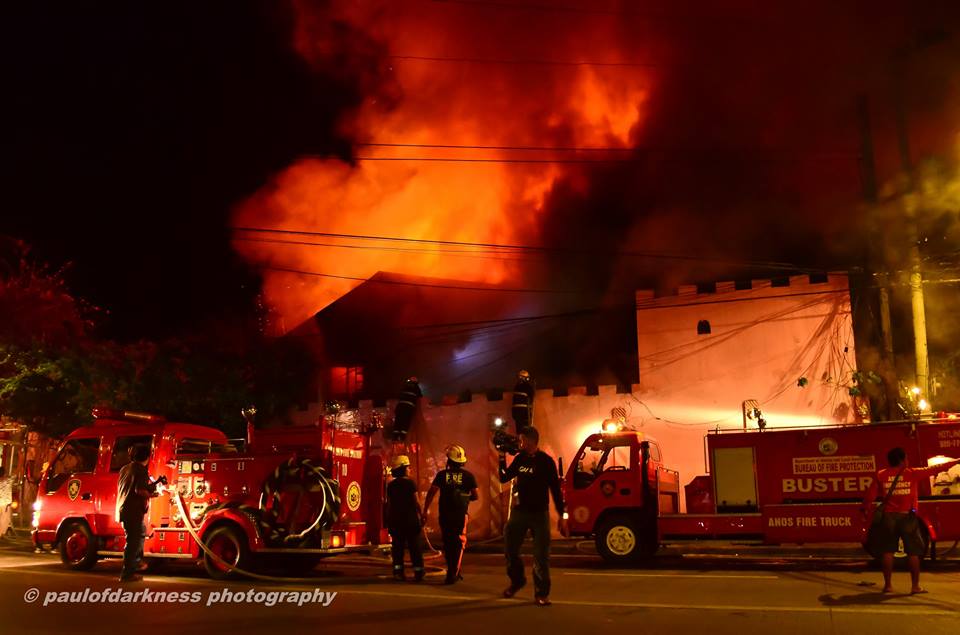 The house located between the Lopez Boat House and Gabby Lopez’ Colonial Mansion & ABS CBN Iloilo was totally burned, with reported damage of property which includes antique paintings and crafts at P10 million.

SF01 Erwin Gimotea of Bureau of Fire Protection said over radyo interview that fire started around 10:45PM in the second floor of the house painted all pink in and out. BFP declared the fire under control around 11:31PM and fire out at 12:54PM.

In an initial report, Nikki and his friends were having a dinner when the fire broke out. The cause of the fire is yet to be determined.

One of the volunteers of Iloilo Citizens Action Group (ICAG) Volunteer Fire Brigade, Kenneth Ray Navarro, was hospitalized for injuries after falling from the second floor of the house while working out to extinguish the fire.

He was immediately brought to St. Paul’s Hospital for treatment.

BFP will resume the further investigation on Monday to determine the cause of the incident. [Image credits: Paulofdarkness Photography | video: Ralph Mosqueda]