A recently-installed jetmatic pump in Cabatuan, Iloilo became attraction when it spews out flammable gas instead of water. 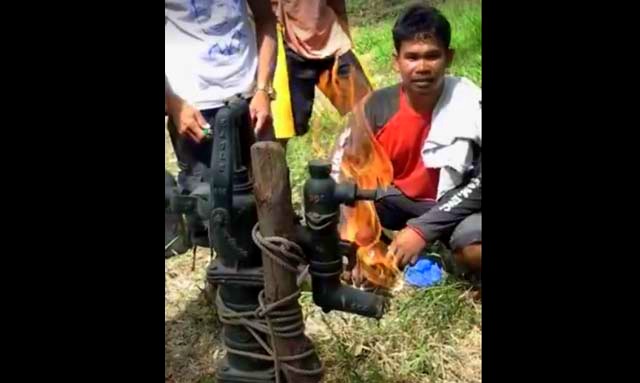 Residents of Barangay Ingas in Cabatuan are gathering at the water pump which unusually produces foul-smelling odor which starts to fire when lit. The pipe of the hand pump is believed to have reached the natural gas deposit underground.

Facebook user Edwin D. Celendro posted the video online, and have been shared over a thousand times in social media. Watch:

Environmental experts and concerned government agencies have yet to check the area and further study the reason behind the fire-breathing pump.