The newly-approved minimum fare for public utility jeepneys (PUJs) in the city and province of Iloilo will take effect on August 30, but drivers are only allowed to carry out the hike once they acquire the official fare matrix. 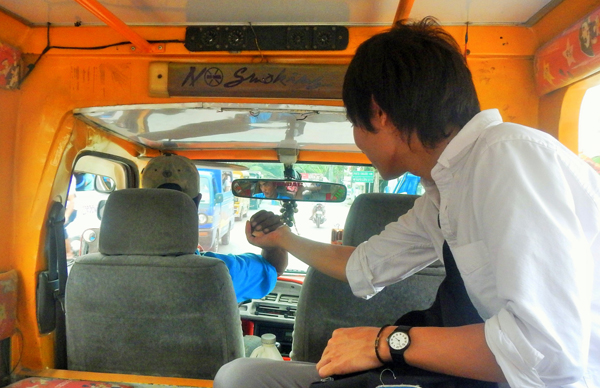 The matrix should be placed inside the jeepney where it can be “conspicuously seen by the riding public,” said Director Richard Osmeña of the Land Transportation Franchising and Regulatory Board 6 (Western Visayas).

The fare matrix can be purchased at PHP610 from the office of LTFRB-6 once it becomes available. However, drivers can only display it starting Aug. 30 when the new fare hike takes effect.

Osmeña said the original copy of the approved resolution for the PHP8.50 new minimum fare in Iloilo has already been published in local newspapers since August 14.

“We will be sending letters to the PUJ operators and drivers to inform them when they could get the fare matrix from our office,” he added.

Based on the copy of the published resolution of LTFRB, “all PUJ operators cannot charge/impose the approved fare adjustment, unless and until increase of fare rates and fare matrix fees are properly paid and issued.”

Various jeepney drivers and operators operating in the city and the province petitioned for the fare increase due to the additional excise tax on petroleum products, basic commodities and vehicle spare parts as among the effects of the Tax Reform for Acceleration and Inclusion (TRAIN) law.

Last July 30, LTFRB approved the petition for a PHP2 hike, raising the minimum fare to PHP8.50 for the first four kilometers from the original PHP6.50 fare.

However, under the resolution, senior citizens, persons with disability (PWDs) and students are entitled to a 20-percent discount. (By Cindy Ferrer, PNA)