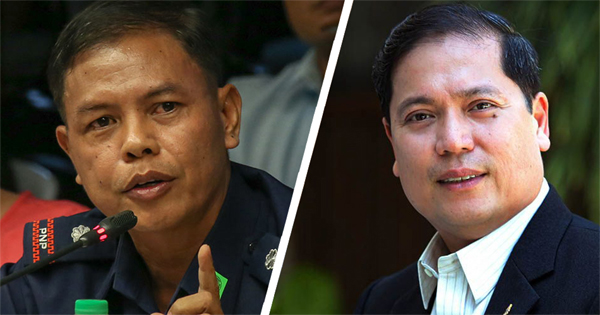 President Rodrigo Duterte ordered on Monday the transfer of Espenido from Ozamiz City to Iloilo, a city he previously called most ‘shabulized’ and ‘bedrock of illegal drugs’.

In a statement sent to the press after the Duterte’s order, Mabilog said that he is hoping that Espenido will really help in totally eradicating the drug problem in the city.

“Surely we will learn from his experience in the war on drugs, especially in identifying new ‘players’ and their whereabouts,” said Mabilog.

“In the city of Iloilo, I will share with him our own strategies and compare notes on how to win this war at the barangay level. Bukas pirmi ang aton pa-ino-ino sa mga ideya kon paano pa gid mahugot kag mapabaskog ang aton kampanya batok sa illegal drugs.

“I look forward to working side by side with Chief Inspector Espenido as the President’s point-man in the battle against illegal drugs in Iloilo, both city and province,” he added.

As one of top cops of Duterte’s war on drugs, Espenido led the July 30 raids on the Parojinog compound in Ozamiz City that led to the deaths of 16 individuals, including Mayor Reynaldo Parojinog, Sr. and his wife Susan.

He was also the chief of police of Albuera, Leyte when the Mayor Rolando Espinosa was arrested and killed in his prison cell.

On Monday, Duterte awarded Espenido the Magalong Medal, Order of Lapu-Lapu during the National Heroes Day Celebration in Taguig.