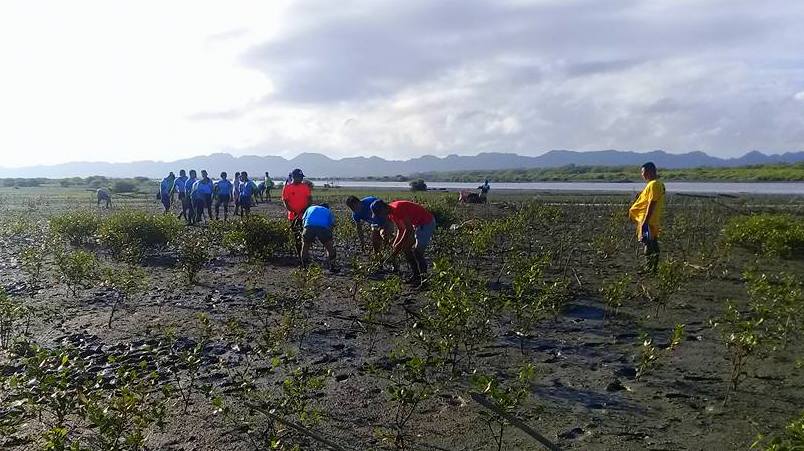 Five hundred mangrove propagules were planted along the coastlines of Brgy. Bito-on in Jaro district during the Charter Day Coastal Cleanup and Mangrove Planting August 17.

Mangroves are very essential in climate change resiliency as it fights greenhouse gas emissions by being a major carbon sink. Carbon sinks remove carbon dioxide from the atmosphere.

“They sequester carbon dioxide and make that into their leaves, into their stem and keep it into their biomass,” said Dr. Rex Sadaba of the University of Philippines-Visayas who conducted the study on mangroves in 2017.

“When the leaves fall, they accumulate into the soil and overtime it is accumulating, the area becomes a sink for carbon. The moment we remove the mangroves, we increase the decomposition of the organic matter that increases the release of the carbon dioxide back to the atmosphere,” Dr. Sadaba added.

The City Environment and Natural Resources Office (CENRO) organized the activity and participated by John B. Lacson Foundation Maritime University-Molo and Courtyard by Marriott.

A total of 2,350 kilograms of garbage was collected along the shores of barangays Boulevard and San Juan in Molo.

It was conducted with the support of Bureau of Jail Management and Penology, Parole and Probation, Robinsons Mall and residents. (via Iloilo City PIO | Photos By Bong Sayno / City ENRO)