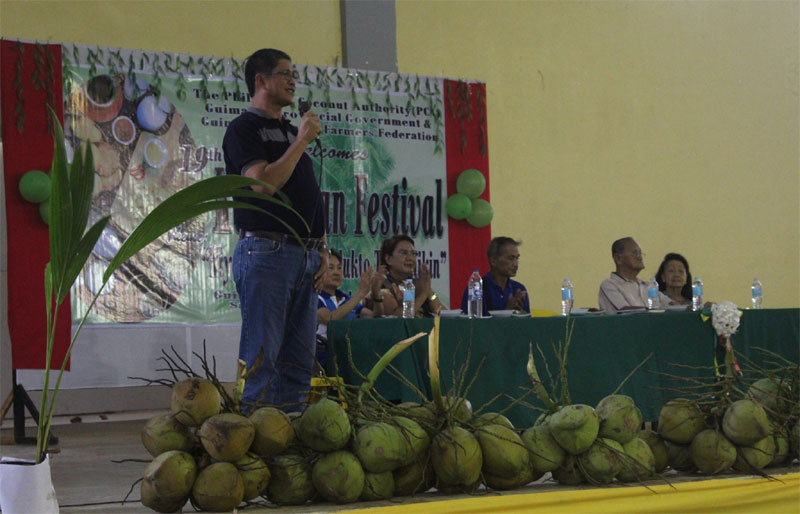 The activity is in support to the National Coconut Week Celebration as mandated in the Presidential Proclamation No. 142 dated August 1987, issued by then President Corazon C. Aquino of the Republic of the Philippines, declaring the period August 24-30, 1987 and every period thereafter as “National Coconut Week”.

The Provincial Government of Guimaras through Executive Order No. 012 series of 2002 issued by then Governor Hon. JC Rahman Nava declared every 4th week of August as “Kalubihan Festival”.

The whole day festival started with a thanksgiving mass and with activities including the Hataw sa Kalubihan-games, cultural presentation and food festival.

The festival aims to give due recognition to the coconut stakeholders for their continuous support in the development and sustainability of the coconut farmers and of the coconut industry in the province.

Moreover, the festivals are held and are aimed to sustain awareness on the importance of the industry to the local economy.

Coconut farmer attendees were proud to present their coconut products ready for tasting as their support to the Kalubihan festival with the theme: “Niyog Arugain, Produkto Tangkilikin”, with over 600 coconut farmer participants all over the province.