SAN ENRIQUE, Iloilo – Mayor Ramona Palabrica-Go reported to her constituents the accomplishments of her administration in a State of Municipality Address (SOMA) on Tuesday, September 15. 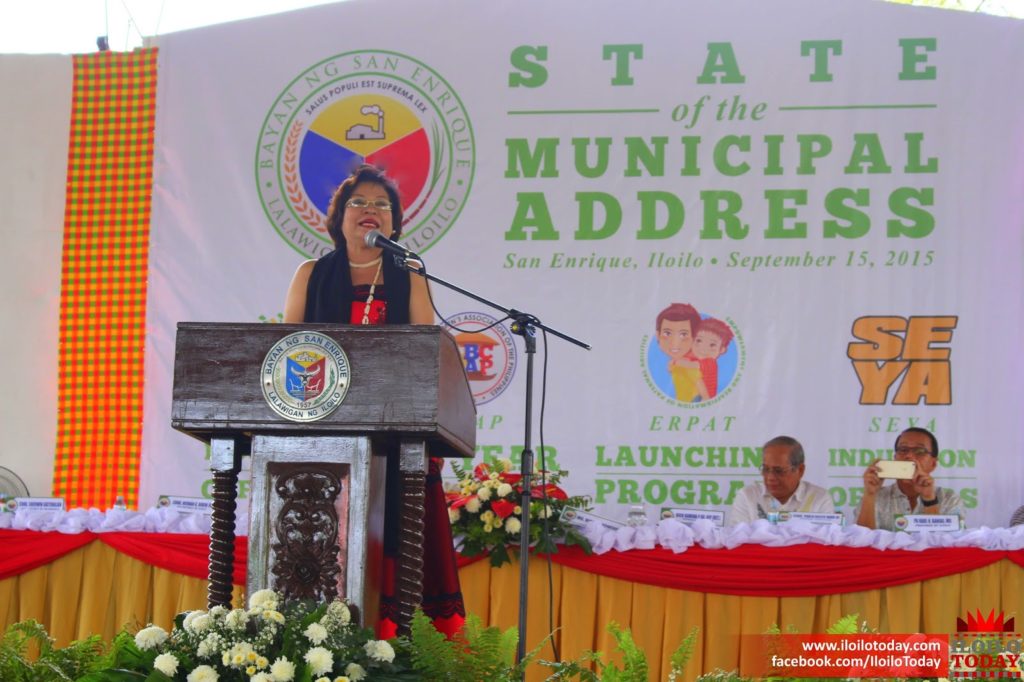 In her speech entitled “Stewards of Public Trust” delivered at San Enrique Municipal Gym, Go highlighted the ‘transformation’ of San Enrique in its economic, socio-cultural and political life.

Some of the recognition the town received during her watch:

“We have achieved in part what we have promised to do for San Enrique,” Mayor Go beamed. “Three years is not enough to completely reverse the situation of town that needed not only major repair, but also complete overhaul.”

She then enjoined San Enriquenhons “not to lose these gains but rather preserve them. Le us guard them from those who malign our honest efforts and mislead our people.”